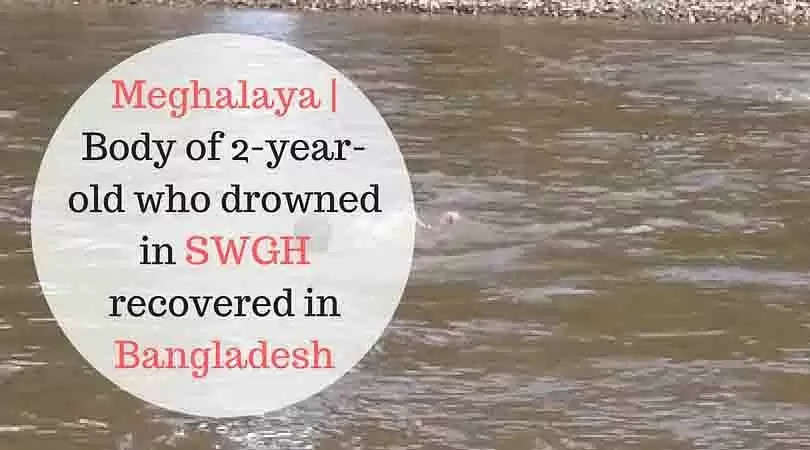 The body of a 2-year-old, who was feared drowned on July 3 was recovered in Bangladesh on Friday morning.

The body of the child has been handed over to her parents.

The child had drowned after following her mother into the Rongkai River in South West Garo Hills. The incident took place at the village of Magurmari under Zikzak Block at about 3 pm with a missing report being filed by the parents at about 5:30 pm the same day, July 3.

Immediately after the news of the child's disappearance was known, a F&ES and a SDRF team started a search for the victim without much success.

"The body was recovered today in Bangladesh and was handed over at a place call Mama-Bhagina, close to the international border. The parents identified the child and the victim's body has been taken to the Tura Civil Hospital (TCH) for post mortem," confirmed superintendent of police, SWGH, Bobby W Momin.