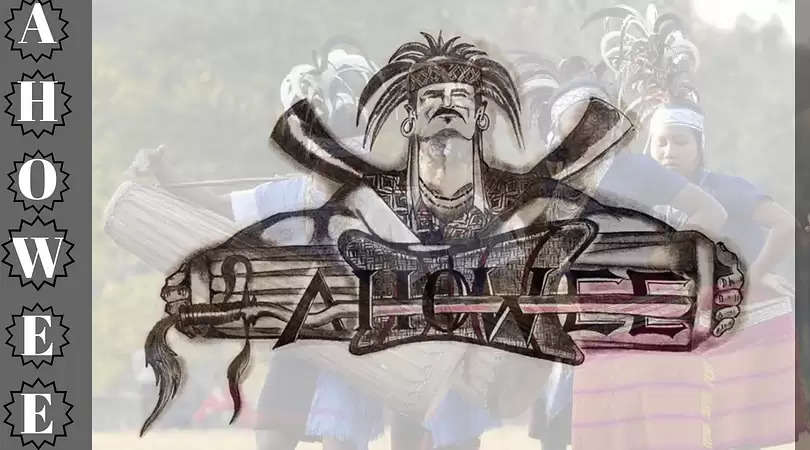 As we know music runs in Northeastern people's blood whether young or old. One of the famous band who not only captivated people's attention but has also brought the A'chik culture alive is none other than the "Ahowee band". Their fusion of Garo music is worth listening, but what makes it so different is the folk touch with traditional instrument fusion, the blending of "Ajia" used by the band makes it more unique.

As the name suggest 'Ahowee' means victory, it has already conquered the hearts of many people with its A'chik touch. From the soothing 'Apa de' to the head banging 'Airokrak' songs, this band has made people realize that music can also revive the traditions and culture.

TNT: Briefly introduce your band members to our readers

AHOWEE: The band comprises of 7 members

TNT: Which year was the band formed?

AHOWEE: Well to be honest the band was not stable when it was first formed…. There was a lot of shuffling done to recruit band mates which eventually led us to find new members along the way and it was in the year 2015 where we found members with similar aspects towards our genre.

TNT: What is your genre of music?

AHOWEE: We play folk fusion which involves blending of our own traditional instruments along with various western instruments since folk fusion and experimental has captivated us very uniquely.

TNT: What inspired the name of the band?

AHOWEE: Well if we take Wangala for example which is the only form of Art in Garo Hills that defines our Culture and if one observes, every dance troop led by the "Matgrik" shouts out "AHOWEE" which represents Triumph over something. So the name "AHOWEE" actually signifies "Victory"which was proposed by our Rapper/Flutist's Mr.Chongkamand we also expect to be victorious and to come out strong in our musical journey.

TNT: How did you guys come together to form the band?

AHOWEE: The band was formed by our Rapper Mr.Chongkamand we were acquainted to each other through our friends…. Fortunately we all are aspiring musicians, since then we've been playing together.

TNT: Who is your biggest source of inspiration?

AHOWEE: Actually we have our own legends whom we consider very inspirational and being in a band is always about finding different people who have different taste in music and eventually combining them to make a unique form of music. To mention some would be Bob Marley, Mr. Big, Marty Friedman and lots more.

TNT: How often do you jam?

AHOWEE: We jam quite frequently though we're mostly busy during the weekdays but nevertheless we always find time when it comes to jamming.

TNT: Tell us about your EP's or upcoming music.

AHOWEE: At present the only EP out is "Apa De Angko" (The song is a lament of a woman. She wishes that life could've been kind to her like any other woman's life). We've got lots in store and in time will let our tracks reach the audience…. as of now the one coming hot is "SaljongTa∙sinMe∙chik" (Story of the Goddess).

TNT: What is the greater objective through your music?

AHOWEE: Since we're doing folk fusion we want to sensitise the present Garo brethren that there is beauty in playing four strings (Dotrong), Chigring,Dama (or any Garo folk instruments) as any other form of western instruments…. Literally speaking to learn, appreciate and improvise one's own traditional folk music and to keep the culture alive.

TNT: What is your take on the music scene of Northeast India in general and Garo Hills in particular?

AHOWEE: Northeast is really rich and full of talented musicians. We're proud to see that a lot of bands are achieving great heights, western music in particular and thanks to Nagaland for promoting the artists of Northeast, it means alot. We hope to go someday too. As for folk music such as Garo music definitely needs miles & miles to go. So we believe it is the collective responsibility of every Garo Artist to take it to greater heights. As a band we are fully committed to stick to our roots…. but yeah with wise improvisation!!

TNT: When not jamming, what do you do?

AHOWEE: Well…. When not jamming we give time for ourselves (family & friends) but at the same time we also keep ourselves abreast with our home works because talent is best nurtured in solitude…. Jamming is all about flowing like water…

AHOWEE: Our message is simple…. Keep originality as prior, after all identity matters rather than playing something that has already been played and Love Music not because someone plays it. Love Music because of the appreciation and the love for music..!! Practice hard!!! Yeah!!!

The interviewer can be reached at preety@thenortheasttoday.com