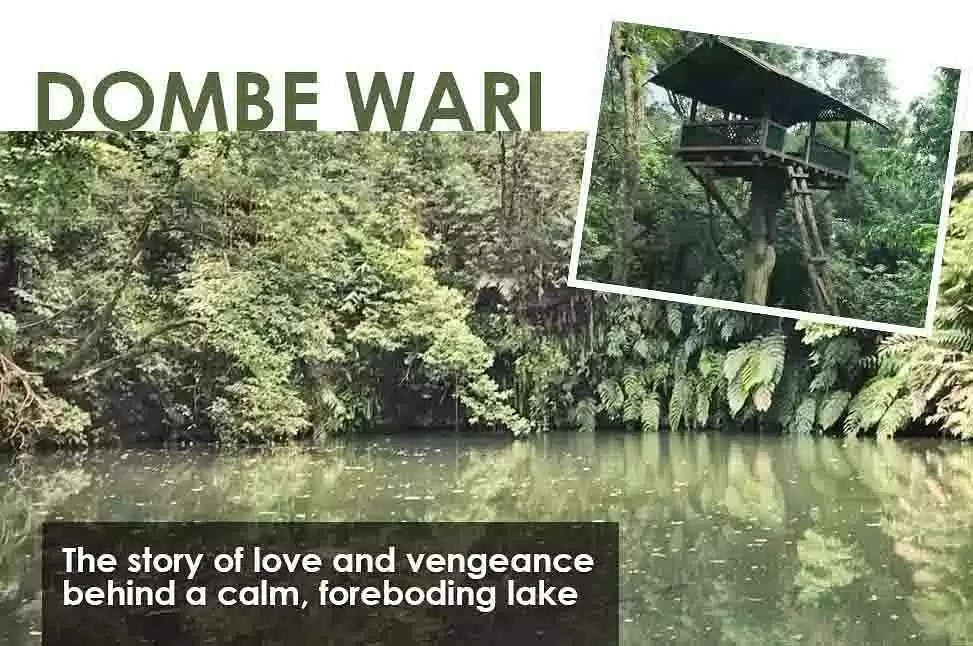 The eight states of Northeastern India have an ample record of folklore, which have been passed onto generations since times immemorial. The pandora of folklore in this region reveals the rich culture and the varied facets of life which
play a major role in keeping traditions alive. It acts as a store-house of wisdom that sings the glory of each tribe, not just as a form of entertainment but also as a medium of imparting important life lessons to human beings.

The story of 'Dombe Rani' from Meghalaya is quite famous among the Garo tribe of the State. This does not merely talk about her physical 'beauty' but also the purity of 'love' between Dombe and Joreng (husband). Dombe, was believed to be a very beautiful lady. Such was her beauty that her sight would enchant the beholder and soothe their senses.

The popularity of this folklore can be measured by the fact that there are enormous number of literary works as well as TV shows based on this story.

One of such literary works was written by an author named Awensing S. Rongmuthu. The book is based on folk tales and oral traditions of the Garo people. The story talks about how a man tries to save his wife from a merman, who desired the lady so much that he engulfed her and which later turned into a present-day mysterious lake.

In this story, the author highlights the 'Nomadic culture' followed by the Garo people, where he mentions how Dombe's grand-parents moved from place to place and later settled near Damal-Nokatgre, adjacent to Gasuapara village.

Due to unknown reasons, they started their journey by crossing the Rongronggre hills and Rompa river and settled in Sembu Nokatgre village inhabited by RE'MA clan. Being closer to Re'ma clan, Dombe's mother, who belonged to the
'Chambugong Wa'gi' clan had later taken up Re'ma as her surname. Silginchi Re'ma Marak was the name of her mother and her father was Kambanda Chisim Do'kime.

During the course of their daily lives, the weather suddenly changes, and strong winds start to blow from the east. Kambanda becomes anxious and sensing danger, he grabs his sword and goes out. He sees a 'carnivore', one that would hunt gibbons, eat and rest at the banyan tree. One fine day, Kambanda chopped the tree, trapping the carnivore that was resting under it.

But things were not easy after the incident. Since then, the family started having mysterious dreams. They saw that they would be gifted with a girl child and she'd be very beautiful and they would name her DOMBE Rani.

Taking signs from the mysterious dreams, Kambanda feared that bad spirits may haunt that place after the death of the Carnivore and the family decided to move towards Aruak plain Na'gilma Jenggalo. Interestingly, after a few months, the dream turned into reality, and a girl child was born into the family and, she was as beautiful as in their dreams.

As she grew, she blossomed and attracted numerous young men who would melt before her.

They would eagerly wait for a glimpse of her. It is said that even without oil, her hair would be silky and shiny; even without decorations her lips were red, her skin glowed even when the sun refused to shine.

Blooming like a flower with a beauty hard to resist; she grew to attract a lot of young men who were to go head over heels in awe of her beauty.

One fine day, Sangreng Mite Mande (a customer for cattle) came to Dombe's place to buy an Ox and after negotiating the price, he said he would send his son the next day to fetch the cattle. The next day, when Joreng visited her house, he was wonderstruck by Dombe's beauty. He wondered, how can anybody be as beautiful as her.

When Dombe saw Joreng, she felt the love in his eyes and fell for him as well. It was love at first sight and they decided to get married and waited for her parents' arrival. Her parents returned and fixed their marriage. Co-incidentally, Joreng, also happened to belong to Chisim Do'kime clan, the same clan as that of Dombe's father.

Joreng's love and admiration for his wife, Dombe were evident enough. He would always praise his wife's beauty and tell everybody how fortunate he was to be married to such a beautiful lady. One day, it so happened that he along with his nephew, Mireng were rowing across a river to visit the Dareng market, a Merman overheard Joreng's praises about Dombe and her mesmerizing beauty. This made the merman extremely curious and he was eager to get a glimpse of Dombe.

The merman's curiosity grew with each passing day and he couldn't wait to see Dombe. He sent his army, to assess if there was really a woman called Dombe, whose beauty was irresistible, and his army men too confirmed the fact. The merman could wait no more and transformed into a bangle seller and headed over to Dombe's residence. As Dombe tried on the bangles, they got stuck on her wrists. The Merman smirked and said she could take it without paying for it.

The merman wanted Dombe in his life and he began to scheme of ways to bring her into his life. The merman started to construct an underground route near the Aruak field near Dombe's residence to make it easier for him to keep an eye on
Dombe. One day, after cooking food for the family, she went to the river to fetch water, the Merman saw his chance and grabbed her wrist while pulling her inside the deep water. Both her children were witness to the incident and her elder daughter started screaming for help, "my mom is being dragged, my mom is being dragged".

Later, after Joreng came home, he was shocked to know that his wife was missing. He asked his daughter and she narrated the shocking ordeal. Joreng was furious. He began to sharpen his sword for seven days and seven-nights and began hunting and waiting for a glimpse of the one who separated Dombe from him. He once saw a tiger feeding on a deer and asked him if he had killed his wife too, but the tiger replied in the negative.

However, one day, he saw his wife return back to their house to breastfeed her small baby, and that's when he also saw the merman. Joreng tried to cut him, but he managed to escape with injuries.

Joreng got back his wife but realized that it was not safe for them to stay there, so after traveling for seven days and nights, they moved to the foothills of Miminram and stayed atop of the Emanbaljim, on top of a banyan tree.

The Merman, though injured, refused to accept defeat. Filled with revenge, he searched, high and low, for days. He refused to let go of his desire for Dombe and coupled with the need to avenge his loss, he finally found the family and caught hold of them. Filled with anger, he encompassed the tree engulfing the house along with the banyan tree. The entire area later turned into a huge lake which today is known as 'Dombe Wari' (Dombe Lake) amongst the Garos.

The place is known today as one of the most serene and calm places by whoever visits it. The serenity and silence of the place continue to captivate all those who visit Dombe Wari. And those who are familiar with this folk tale, wonder if the depths of Dombe Wari is still home to the merman, whose vengeance not only destroyed the family of the beautiful
Dombe but also led to the creation of the ironically calm and serene Dombe Wari.