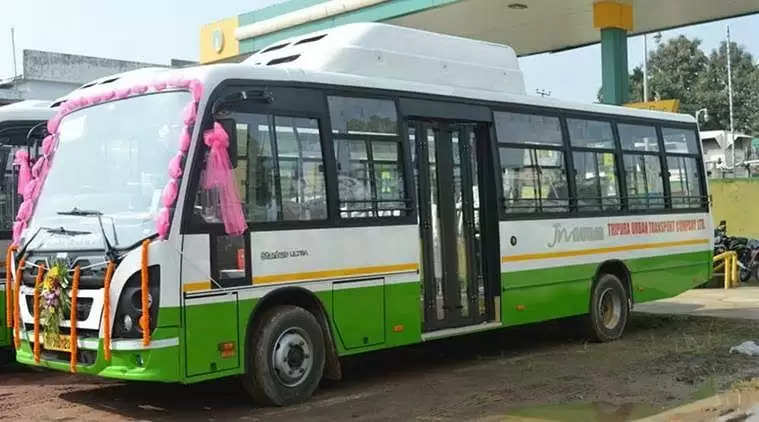 AGARTALA, September 9, 2018: The Tripura government on Saturday ordered an inquiry to trace out 69 transport buses, which have been 'missing' in the official documents.

The buses were procured through fundings from the central government.

In a report published in the Indian Express, Transport Minister Pranajit Singha Roy said that the Tripura Urban Transport Corporation Limited (TURCL) has 172 public buses which were funded by the Government of India as per provisions of the Jawaharlal Nehru National Urban Renewal Mission (JNNURM) in different phases.

However, only 102 of them are reported to be running, while 69 others are 'missing' in official documents and two others were never delivered by the manufacturer.

"We took charge in March this year and found many government transport buses were missing in official documents. I tried to trace them out personally and found two buses were purchased but never delivered from the manufacturer", the minister added.

The 69 buses, which were awarded to travel operators through tenders, are neither running, nor were they handed over to the government.

Roy has thus ordered an enquiry to find out the whereabouts of the buses as per routes approved by the department. The enquiry team will be headed by Principal Secretary L Darlong.

The minister added that that the state Law Department was also consulted in the matter and their opinion over penal provisions against defaulters has also been taken.

"This is public property. You can not take it to your home and keep it there. We shall also try to find out if any government officer is illegally involved in the matter. strict punishment will be awarded to them if found guilty," the minister said.