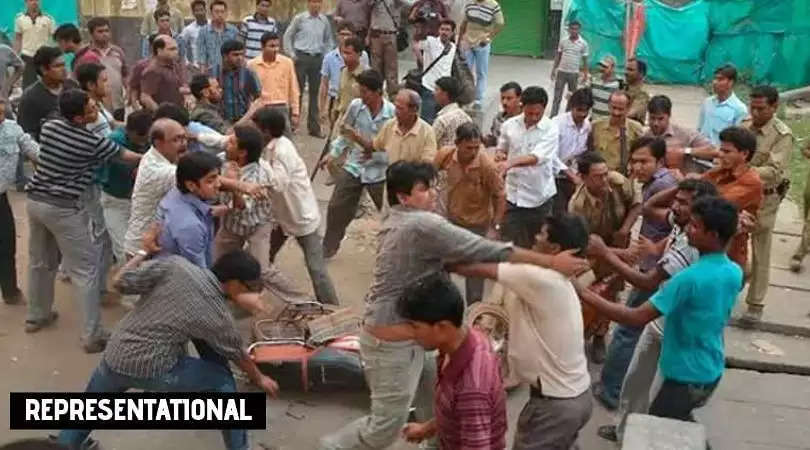 Tripura was, on Thursday, yet again struck by political clashes when "unruly" IPFT workers and supporters allegedly attacked the BJP workers in Jampuijala market, injuring many of the safron party's workers.

To prevent escalation of the clash between two parties' workers, large number of police personnel were deployed to manage the situation.

After the incident, the SDM of Jampuijala, Sanjit Debbarma imposed prohibitory orders under section 144 in entire Jampuijala subdivision for thirty six hours.

An uneasy lull has been reported from the Jampuijala area but no more untoward incident has taken place so far.

Sources informed that since last Tuesday, BJP party unit of Jampuijala had launched a three-day programme in the community hall in front of Jampuijala subdivisional administration office.

However, due to heavy rain, the 'Swachh Bharat Abhiyan' could not be observed on Tuesday and yesterday evening the BJP workers started the programme at 11-00 am.

Tripura: Police inspector dismissed from service for "negligence of duty"

Police had asked them to refrain, citing reasons of permission but the BJP workers and local leaders said that they had kept the administration informed of their programme.

After the programme, the BJP workers and supporters went to a nearby local hotel for their lunch when some of them allegedly made derisive comments to nearby IPFT workers within their audible range.

This provoked the IPFT workers who later attacked the BJP rivals. The situation worsened as the IPFT transmitted the news that their party office had been attacked.