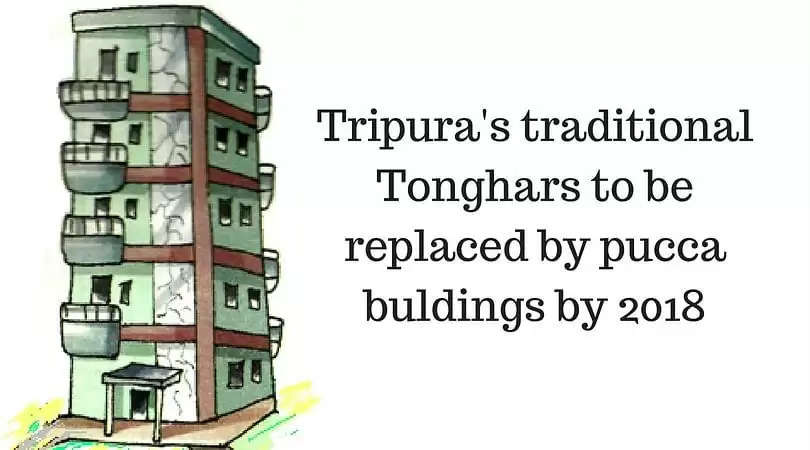 Agartala, December 22, 2017 : The traditional 'Tonghars' or the thatched and bamboo made elevated houses, a hallmark classical of tribal habitation, is all set to be replaced with pucca or concrete buildings.

Thousands of pucca bu8ildings that are coming up across the state, under Prime Minister Awas Yojana (PMAY) will also encompass tribal areas which covers 68.10% of Tripura's total geographical territory.
Announcing this, minister of forest, Naresh Jamatya said that there are still 7/8 thousand 'Tonghars' across the hilly areas of Tripura and all of them will be replaced by pucca or semi-pucca houses by the end of 2018.

Jamatya said that at present, 24 thousand houses under PMAY and Indira Awas Yojana(IAY) are under construction which would replace the 'Tonghars'.

Jamatya also said that every house being built under PMAY and IAY would have toilet facilities for heath and hygiene.