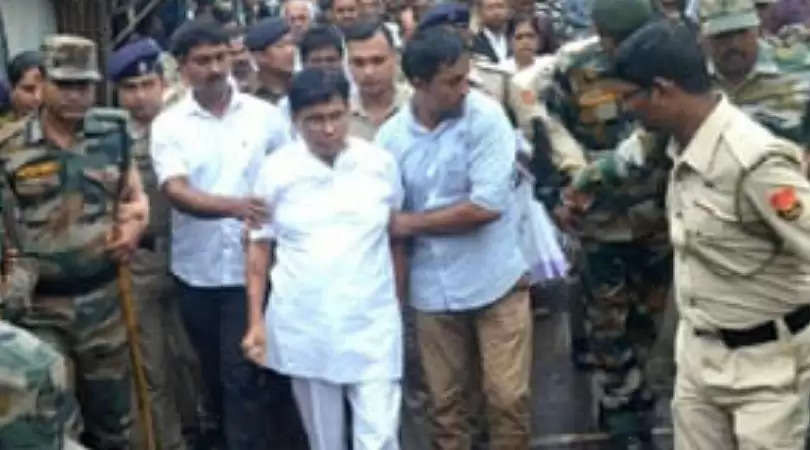 "However, the court directed the investigating officer (IO) to arrange full health and security protection for the former minister.

"If the facilities for arranging full health facilities are not available in the police station, the IO can interrogate Choudhury in the central correctional centre (central jail)," Roy Barman told the media.

He said that the court also asked the police and jail authorities to provide all the facilities and services in jail as per Choudhury's official status.

The former minister also told the court that "he has been anticipating that he might be murdered as a conspiracy was hatched against him."

An eight-time MLA and former Lok Sabha member, Choudhury was in hospital with numerous ailments since he was arrested by the crime branch on October 21 in connection with the reported "PWD scam" that was under investigation.

"No corruption had taken place during the 35-year rule (1978-1988 and 1993-2018) of Left parties in Tripura. Instead, huge development of various infrastructure and all other sectors had taken place in Tripura," Sarkar told the media.

CPI-M state secretary and the party's central committee member Gautam Das said the party would fight the "political vendetta" both legally and politically.

According to Law and Education Minister Ratan Lal Nath, the Public Works Department under the Left Front government in 2008- 9 had clubbed together 13 projects — five bridges, five buildings and three road projects — being implemented at a cost of Rs 638 crore.

ALSO READ: Facts you need to know about Nagaland CM Neiphiu Rio, on his birthday!

Terming it the "biggest scam in the history of Tripura", Nath said Rs 228 crore had been siphoned off.

Bhowmik was arrested on October 14. The police said it has taken steps to arrest Y.P. Singh, who also filed an anticipatory bail plea in the Tripura High Court.