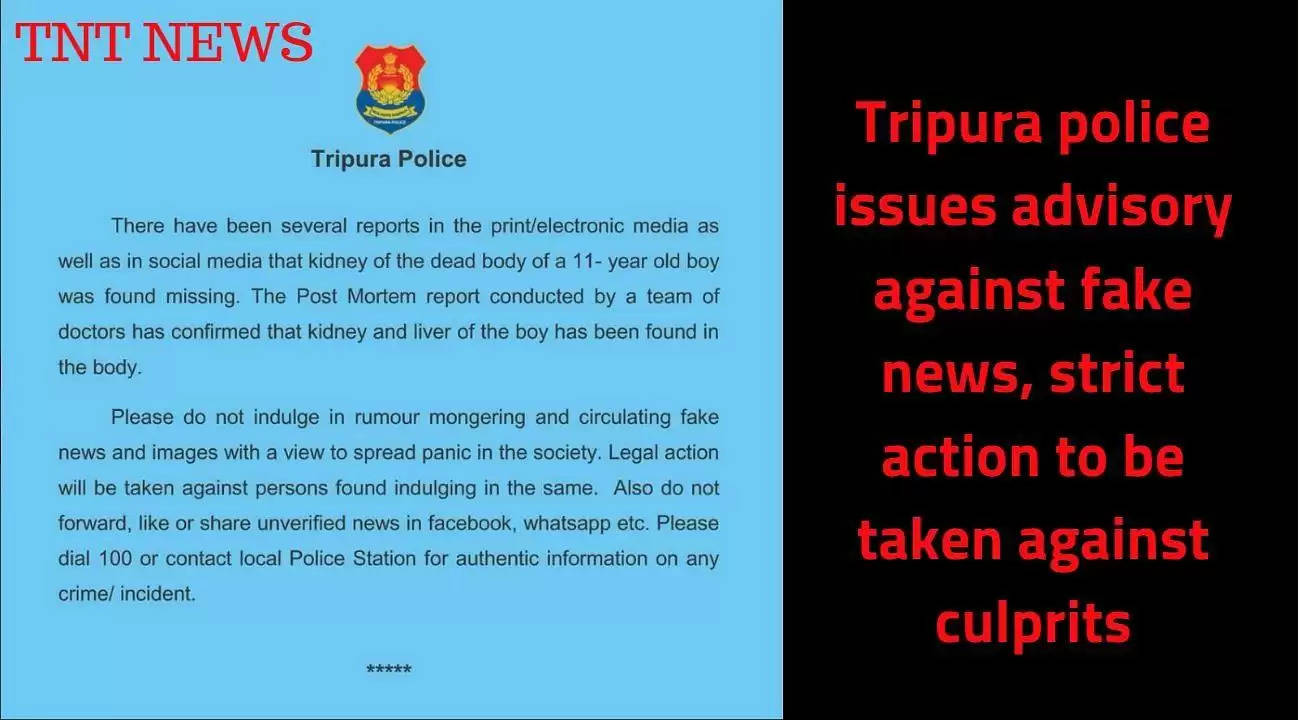 As news of the 11-yr-old missing boy being found dead went viral on social as well as digital media, the morphed rumour of both his kidneys missing also began to do the rounds. Some national media were also seen to pick up this news with partially furnished information.

In view of the rapidly spreading rumour, Tripura police had to come up with an advisory in order to clarify facts and ensure that fake news is stopped at the source.

Tripira Chief Minister Biplab Kumar Deb also tweeted in this regard and clarified all doubts regarding this case: