Tripura Panchayat poll violence: BJP-IPFT accuse each other of using force during polling 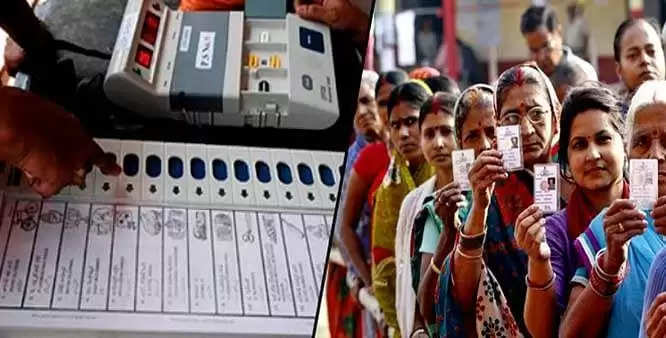 BJP and IPFT have accused each other of casting votes by force at Khowai poll centre during Panchayat by-elections yesterday, September 30, 2018 which also resulted in a scuffle. The incident took place at Khowai RD Block, Laxmi Narayan Panchayat, Ward No-4 (Seat No-3&4).

Sources informed that it was alleged that few miscreants from outside the periphery of the area suddenly entered the polling station and snatched papers from voters and casted vote forcefully.
ALSO READ | TRIPURA'S UNTAPPED HIDDEN FORTUNE

While Speaking to TNT- The Northeast Today, IPFT General Secretary Shukla Charan Noatia said that there was force voting yesterday and IPFT has already complained about the matter to the State Election Commission.
Whereas, BJP on the other hand has also accused IPFT for forcefully casting votes.
It may be recalled that even before the Panchayat elections , spate of violent instances had been disturbing the pace and security of the state with BJP and even IPFT claiming that CPI(M) cadres had tried to create differences between the ruling allies.