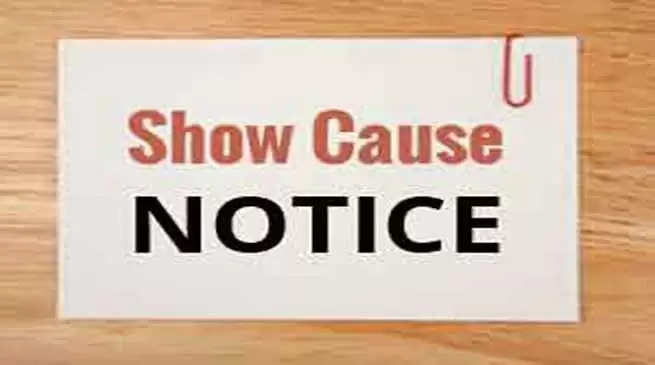 A showcase notice was served by the Government to an Assistant Survey Officer of AMC deliberately hiding a file relating to illegal construction of building.

On 26th September 2018, a construction worker Maranjit Keut died during his duty in a construction site at M/s New Bhanu Timber and Plywood Centre of Matri Bari road near Big Bazar. After the incident a team of AMC was appointed to inspect the site under construction.

After the inspection it was found that the building was constructed illegally.

For the physical verification of the under constructed building, a Joint Technical team was formed constituting Asst. Engineer, Planning Division, AMC, Central Zone, the Asst Survey Officer of AMC and the Surveyor on 27 September. The team submitted an enquiry report regarding the measurement of specific deviation on 01, October 2018.