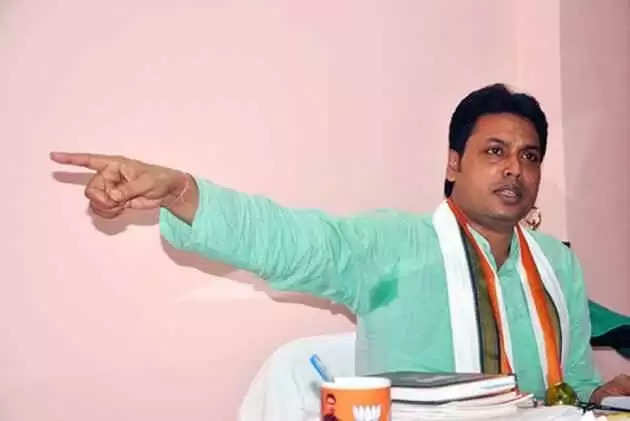 INPT General Secretary Jagadish Debbarma alleged that the present situation in the state is not at all conducive to carry out political activities and the party has also condemned the attitude of the government in such matters.

A three member delegation team led by President of INPT Bijoy Kumar Hrangkhawl will visit the national capital in the third week of this month and will submit a memorandum to the Prime Minister and the Union Home demanding for NRC in Tripura which had witnessed large scale infiltration from across the border.

Indigenous People's Front of Tripura's (IPFT) which is the ruling ally of BJP in Tripura along with their alliance partner Bharatiya Janata Party (BJP) has also demanded NRC to be implemented in Tripura. While speaking to TNT- The Northeast Today, IPFT President N.C. Debbarma said, "We absolutely welcome NRC and we are also demanding it to be implemented in Tripura along with other parts of the country not only in Northeast India".

"It is not fair to identify those people who have been residing in the state for 30/40 years now. It could have been earlier", he said.

The Head of the Royal Family of Tripura and the Working President of Tripura Pradesh Congress Committee Pradyot Bikram Manikya Debbarma on the NRC issue said, "According to me NRC should be implemented in Tripura. If someone is illegal according to law in Assam or in Meghalaya or in Manipur by the same law they cannot be legal in Tripura. There can't be two laws in one country. So, instead of saying no to NRC in Tripura the Government should ensure that steps are taken to ensure that there is no spillover of those 40 lakh people (some of whom may be disenfranchised due to NRC ) to our state . We all know that Bangladesh will not accept them and the problem is a few of these people may try to go to neighboring states from Assam. I appeal to all political parties including Congress/BJP/CPI(M) to come clear on this issue . Tripura is saturated and cannot be a dumping ground for problems of others ".

Though Congress in Tripura has deemed the NRC as a 'Divide and Rule' policy meted out by the BJP government. Adding to this, former Congress MLA from Tripura Tapas Dey said, "NRC is nothing but BJP's evil design to drive out out the Bengali and Assamese people and we strongly oppose this act. Due to this more than 40 lakh people's names not being featured in the list, neighboring states like Tripura will have greater chances of influx".