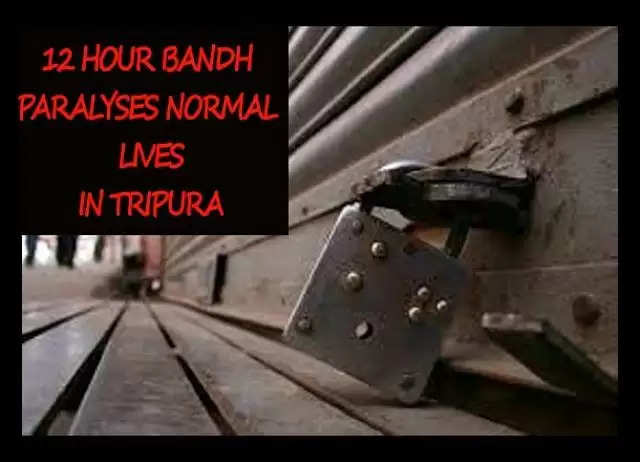 AGARTALA, July 19: The 12-hour-long statewide strike called by Congress on Wednesday has paralyzed normal lives in the state.

The party called the bandh protesting against the BJP's conspiracy to divide the state through the IPFT's indefinite blockade of NH for Tipraland and CPM's silent move towards it.

Classes in educational institutions have been suspended due to the strike. Vehicles stayed off the roads and most of the markets remained shut.

Exceptionally, top administrative officials and a section of government staffs went to their offices and avoided travelling in office vehicles.

The bandh is peaceful till latest report came in.

Meanwhile, many picketers were arrested while staging a protest near Civil Secretariat.

"The bandh is totally successful. Most of the institutions, offices remain closed," a Congress leader said.

The IPFT had sat for an indefinite blockade movement at Khamtingbari since July 10 to press for heir Tipraland demand.

Protesting against this, the Congress gave 24-hours ultimatum to the government to end the movement. But as it continues, the Congress, accordingly, called for the dawn-to-dusk bandh.