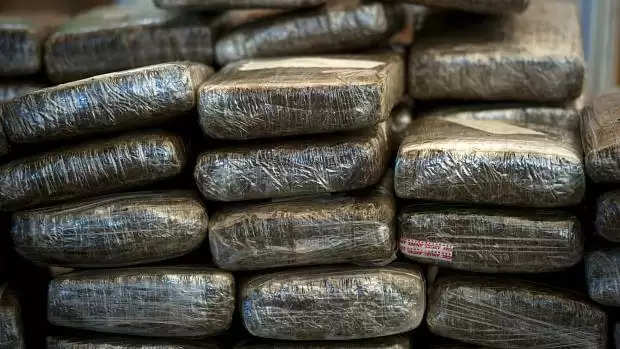 Based on a secret tip off,  Police today detained 368kg Cannabis which worth Market value of more than 25 lakhs in a raid at Ananda Nagar, Agartala West. Police also arrested two persons Puniram Debbarma of Sidhai and Ratan Debnath of Sonamura. During the course of investigation, police found out that the main owner of contraband items was Jaher Miah hailing from Boxanagar.

Police is making all efforts to arrest the main accused Jaher Miah behind this smuggling racket who is currently absconding.

ALSO WATCH |Who says the CM of Tripura can't sing?

This case is baing considered as one of the biggest breakthrough of the Police in their anti- drug drive since the BJP led government came into power this year. It is also to be mentioned that the Chief Minister Biplab Kumar Deb has said in multiple occasions that one of his main focus is to make Tripura a complete drug free state.