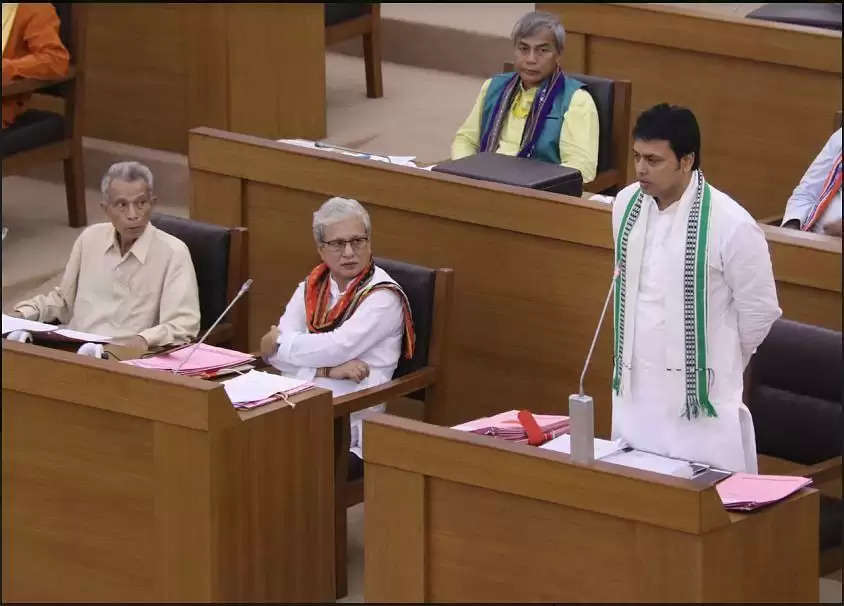 On the first day of second Assembly session the newly elected BJP-IPFT government placed a budget of Rs. 16,387 crores with a hike of 14% than the previous financial year. The budget was presented by the Deputy Chief Minister and Finance Minister Jishhu Devvarma. The National Anthem was played in the Assembly before the beginning of the budget session.

The highlights of budget session for the first day are :

*Tripura government has announced that four new 'B.Ed colleges' will be established in the state in the coming days.

*Rs. 164 crores has been sanctioned under 'SMART CITY' Project for Agartala.

*The state government has proposed in its budget to create two more reservoirs at Champaknagar and Champaichara to control flood.

*Rs. 300 crore has been sanctioned for 30 'Social Pensioners' scheme in Tripura.

*The newly elected government has found massive irregularities in recruitment of 1267 number of contractual employees in various government departments.

*Finance Minister Jishnu Devarma has also announced 613 political party offices has been identified who are built over government land out of which 197 have been bulldozed and the rest of them will be removed soon.