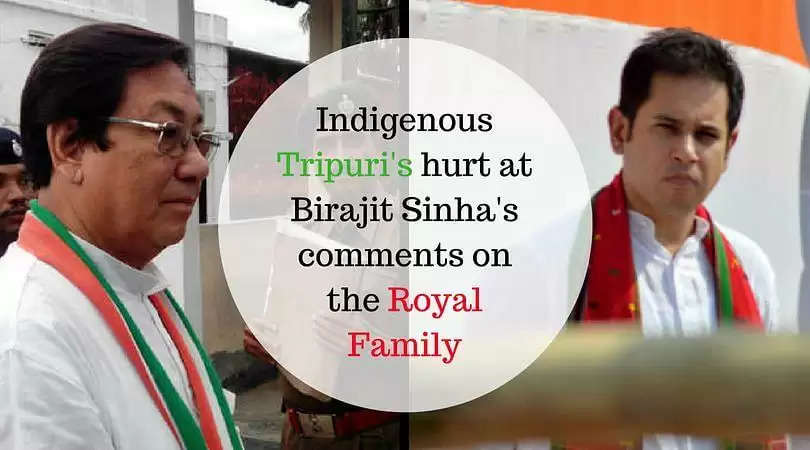 Indigenous groups of Tripura have reacted sharply to the recent jibe by Birajit Sinha, the State Congress President towards the Head of the Royal House and Working PCC President Pradyot Manikya Debbarma recently.

It maybe mentioned that Birajit Sinha had made a statement in the media about the royal scion, which has not gone too well with the Indigenous community as well as Congress members.

Speaking to TNT – The Northeast Today, the TSF (Twipra Students Federation) General Secretary, Sunil Debbarma said "We strongly condemn the statement made by the TPCC president, Birajit Sinha where he verbally attacked the Head of the Royal Family of Tripura, Pradyot Bikram Manikya Debbarma. An attack on the Maharaja is an attack on the indigenous people of Tripura. He must apologize and withdraw his statement at once," he said.

Stating that this is an indirect insult on the indigenous people of the state, Sunil said "We know that India is a democratic country but He (Pradyot) is still our Maharaja and will continue to remain so for the people of Tripura."

The TSF general secretary also stated that the controversial statement only reflects the heights of internal rift and instability within the Congress party and suspects that the president is "most likely" threatened by the working president. "We don't know his (Birajit) real intention but one thing is clear – we will not and will never welcome such blatant attack on the indigenous community".

On the other hand, the Movement for Kokborok, an umbrella of all Kokborok-speaking groups in the state, has also condemned this statement. "We are deeply hurt by the TPCC president's statement on the Royal Family and we demand that he should apologize to the Maharaja, unconditionally," MoK general secretary, Binnoy Debbarma told TNT-The Northeast Today.

Debbarma also stated that they will wait till tomorrow for the TPCC president to withdraw his statement and apologize to the royal scion failing of which they will be forced to resort to protests and agitations.

Meanwhile, Pradyot for his part has kept quiet on this issue and said that he has been in touch with AICC secretaries, the Congress President Rahul Gandhi as well as state leaders like Gopal Roy and Pijush Biswas and did not need to give proof to anyone for his allegiance to the party.

The Congress party in Tripura had recently suspended its General Secretary Baptu Chakrabarty without issuing any showcause notice, the same of which did not go down well with the members of the party even as they termed his action as "unwarranted" and "immature".