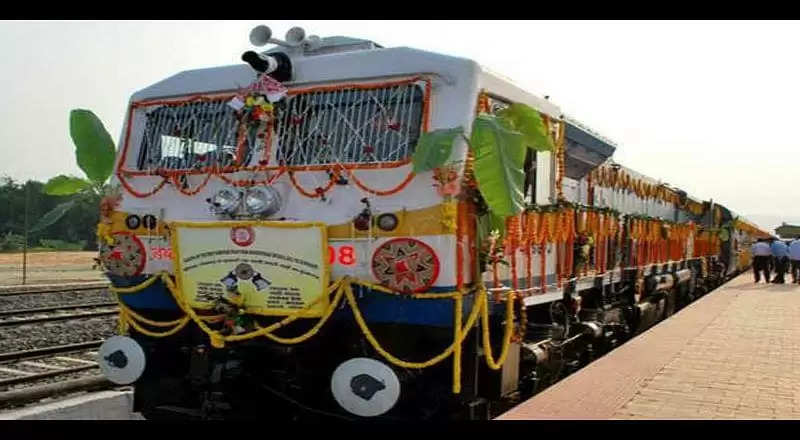 AGARTALA, Oct 17, 2017: The Northeast Frontier Railway (NFR) has finally given its nod to begin the Rajdhani Express service between Agartala and New Delhi, though, an official date to flag the Agartala-Rajdhani is yet to be finalized.

When contacted, NFR spokesperson Pranav Jyoti Sharma told TNT-The Northeast Today that all preparations is complete but the date to flag the Agartala-Rajdhani is not finalized.

It may be reminded that Tripura Chief Minister Manik Sarkar had last month written to the Centre to start the Rajdhani express services from Agartala before Puja, as a gift for the people of Tripura and South Assam.

However, the request was considered much later and reports suggest that the express will be flagged off this Diwali.

When asked whether Prime Minister Narendra Modi will flag off the Agartala-Rajdhani on October 19 as reported, Sharma said "These are mere speculations and rumors because till date, we haven't received any confirmation and the date is yet to finalized."

According to Times of India, the Rajdhani Express between Agartala and New Delhi will run thrice a week via Gorakhpur and Barauni. The Agartala-bound Rajdhani Express will leave from New Delhi station on every Saturday, Thursday and Friday while on Monday, Saturday and Sunday it will roll from Agartala and take at least 39 hours to cover the distance between the two points.

However, the NFR spokesperson has maintained that the official routes is also yet to be finalized.