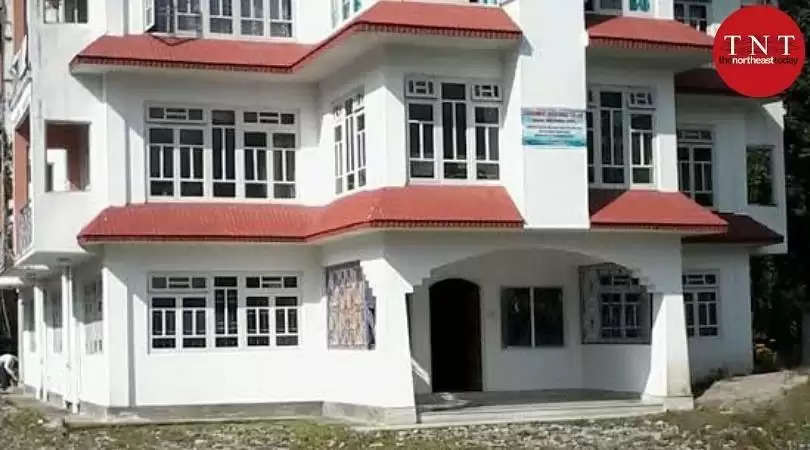 Sikkim's crumbling higher education sector has been in the spotlight for all the wrong reasons in the past few months.

Demands for a permanent campus and up-gradation of the Sikkim State University (SSU) is only the tip of the iceberg as students are now demanding urgent up-gradation of infrastructure and services at the Government Vocational College (GVC) in Dentam, West Sikkim.

In a press statement, students said that the lone vocational college does not have a permanent building, nor a library, laboratory or internet.

The GVC Dentam was established back in 2017 with the first batch of students graduating this year. The college is run by the state education department and has three departments.

The college with over 160 students is being run in a rented building. Apart from inadequate facilities, students are not getting the proper exposure, which is essential for the main course.

"Such deprivation has severely damaged the quality of education being imparted to the students. Even after the three years of the starting of the college, it does not have a single bus for the students," said a student, Dipika Chettri.

"Students are rendered handicapped by depriving them of even the mandatory facilities as required as part of the syllabus."

The complete absence of post-graduation courses in vocational courses has blurred the chances of students pursuing higher education.

Students do not have the option of taking up a Master's Degree course in the state. The ongoing pandemic has not helped students either, with most colleges and universities shut across the country.

The Students Representatives Council (SRC) of the college also submitted their demands to the department and elected representatives including the Chief Minister and Education Minister several times during the previous SDF regime and SKM regime.

The SRC also stated that from September 12 onwards, students of GVC Dentam will begin a series of activities to press for the immediate fulfilment of their demands.