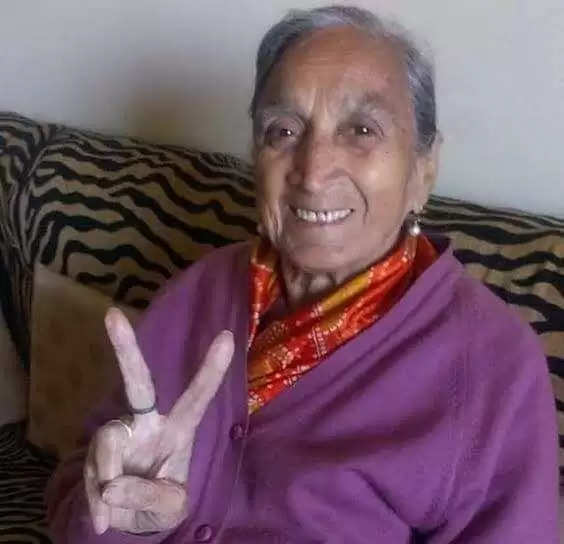 Sikkim's journalist Santosh Nirash, died today at her residence in Kazi Road in Gangtok. She was 91 years old.

Nirash was the first lady journalist of Sikkim. She was the editor of Hindi weekly "Zamana Sadabahar".

CM PS Golay posted, "I am deeply grieved by the news of passing away of Mrs Santosh Nirash, the editor of Hindi weekly "Zamana Sadabahar" and was also the first female journalist of Sikkim."

Nirash fondly known as "Mata Ji" was not only a journalist par excellence but also a social worker and a philanthropic person and also an extremely lovable and compassionate lady.

This is an irreparable loss and with her demise, a chapter in the history of journalism in Sikkim has come to an end.

"Her demise is a great loss not only for the media fraternity but for every one of us" added the CM.

Like wise SDF Supremo and former CM Pawan Chamling said, "I'm pained by the sad demise of Santosh Nirash. She was one of the most decorated journalists of Sikkim, apart from being the first woman journalist of the state. She was also a committed social worker. Recognising her pioneering contributions in journalism in the state, the government of Sikkim honoured her in 2012 with "Sikkim Sewa Samman (Journalism)".

Journalists in Sikkim have paid rich tribute for the departed soul remembering her contribution in the field of journalism in Sikkim calling her an inspiration for generations to come.