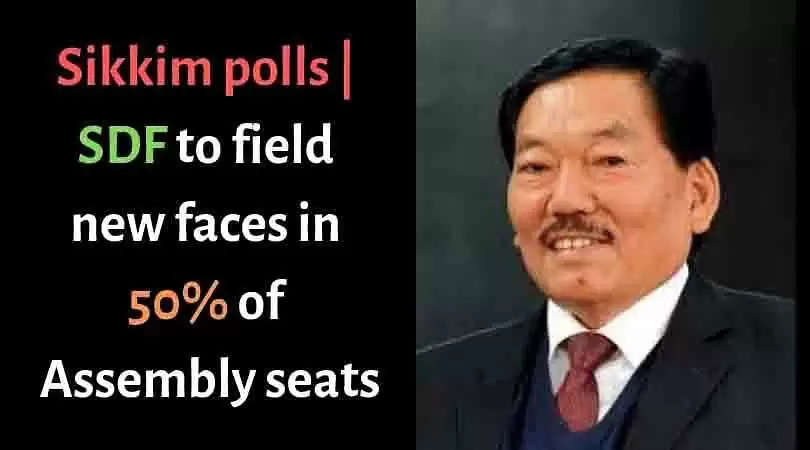 The party also proposes to give 30 per cent tickets to women, he told reporters on Thursday.

There are 32 Assembly seats in Sikkim where the Assembly polls were last held in April, 2014.

Mr. Chamling, who is also the SDF president, said the party will declare its candidates soon after the announcement of poll dates by the Election Commission.

The 68-year-old chief minister said he will contest from Namchi-Singhithang constituency in south Sikkim.

"Why should I change my constituency? I have been contesting from this seat for the past 40 years. It is for the eighth time that I will be contesting from Namchi," he said.

On the Yangang-Rangang Assembly constituency, which the SDF lost in the 2014 bypoll after the CM had vacated the seat following his victory from two constituencies, Mr. Chamling said the SDF will win from the seat this time.

"I regret the fact that my party lost that seat. Even the people are regretting. This time the party and the local people will work in tandem to win Yangang-Rangang seat," he said.

The chief minister's younger brother, R N Chamling, had won from the Yangang-Rangang as an independent candidate.

The SDF chief said that the people of urban areas have realised that they want peace and security and not unrest but in the end, it is up to them to decide who they want as their representative in the Assembly.

Speaking at another event on Thursday, Mr. Chaming said providing peace, security and a tranquil environment in the border state had been the most significant achievement of the SDF government.

The good governance of the SDF has ensured that the border state remained untouched by violence of any kind, the chief minister said.

Mr. Chamling said that business activities flourished in Sikkim and the state capital in particular due to the prevalence of peace and tranquility.