Sikkim: Pakyong Airport ready for operation; likely to be inaugurated on Nov 30 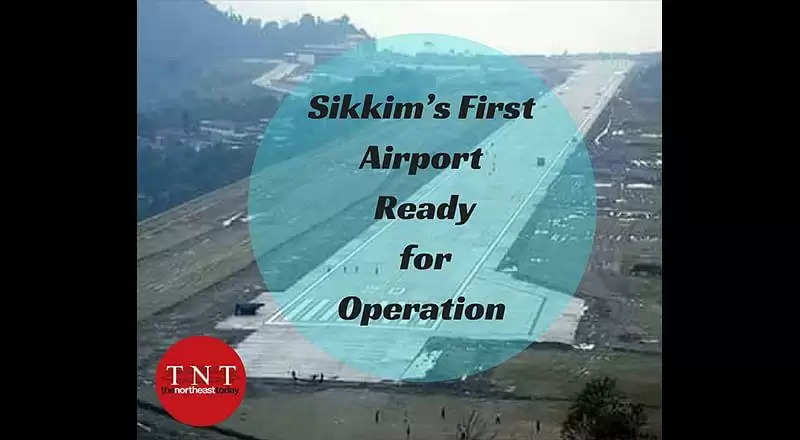 Gangtok Nov 2,2017: After years of delay, Pakyong Airport – the first public airbase in Sikkim – is ready for operation.

According to state government sources, the inauguration has been fixed for November 30 and "a request to the Prime Minister's Office (PMO) has been sent to seek availability of Narendra Modi for the function".

"As soon as the Airports Authority of India gave us the go ahead for the date, we wrote to the PMO seeking time from the prime minister. We have not got any confirmation in this regard yet," sources said.

The state chief minister, Pawan Kumar Chamling, is set to visit New Delhi on November 7 to take part in the 19th Organic World Congress to be held between November 9 and 11.

"The CM will be the key speaker in the event where PM Modi will also be present. The CM will extend the invitation personally to the PM too," according to sources in the government.

Spread over 990 acres in Pakyong village – about 35 km from the state capital of Gangtok – the airport has reportedly been built at a cost of Rs 300 crore. It is the first greenfield airstrip to be constructed in the Northeast and will be among the five highest airports in the country at 4,700 feet.

Approved by the Cabinet Committee on Economic Affairs in 2008, the airport was initially planned to be completed by 2012. The project, however, failed to meet quite a few deadlines due to opposition from locals on the issue of compensation for their land, which then led to litigation. The Sikkim high court ruled in favour of the affected families.

Besides boosting tourism in Sikkim, an operational airport would be a huge relief to the people of the Himalayan state in terms of fast connectivity, as their nearest airport until now was 124 km away at Bagdogra in Jalpaiguri district of West Bengal. The National Highway 10, which connects Sikkim to Bengal, is often choked with high traffic and has also been affected by the Gorkhaland agitation in the adjacent Darjeeling district of Bengal.