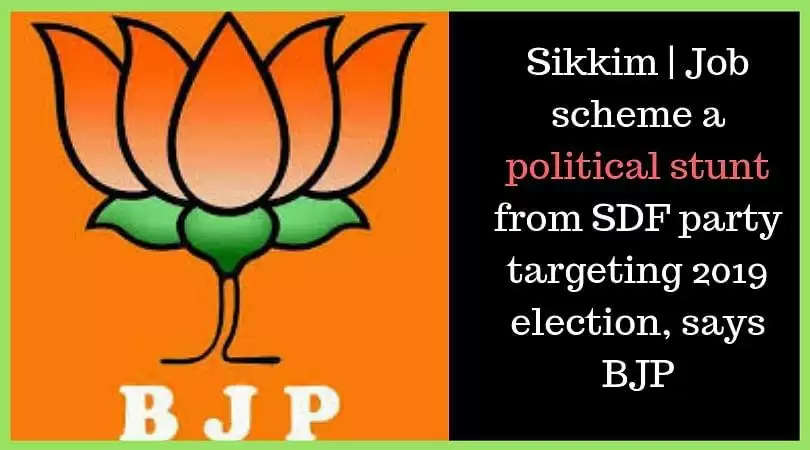 State BJP welcoming the 'One Family One Job' scheme of the SDF government, contended that during the recruitment, chances of favoritism and nepotism by party functionaries are very high.

In a press statement today, the State BJP said it welcomes the scheme since 'one of the remarkable achievements of the SDF government has been accumulation of more than sixty thousand unemployed youths during its tenure.' It stated that criteria for recruitment are not transparent.

ALSO READ | Sikkim | 15,000 youths to be provided with jobs by December under govt scheme

"Hence, the chances of favoritism and nepotism by the ministers and MLAs and party functionaries of the ruling party government are very high which was prevalent on every recruitment. The government has made this policy very casually without considering financial aspects, necessary training programme, engagements and job output of these employees. The State unit of BJP has therefore, viewed it as a political stunt targeting 2019 election only," said the State BJP.