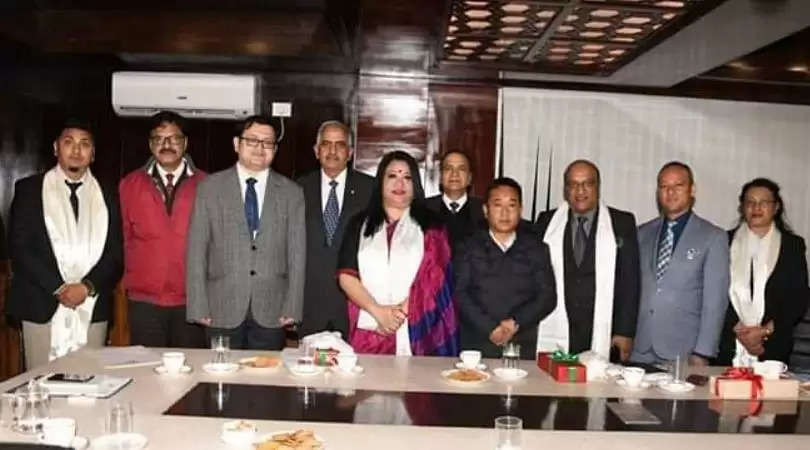 A high level team of Confederation of Indian Industries (CII) led by Naresh Agarwal called the Chief Minister P S Tamang at Samman Bhawan today, on discussion how CII can cooperate with the Government of Sikkim in promoting developmental sectors in the state.

During the meeting, Chief Minister P S Tamang, hoped and desired that CII can assist the state government in processing and packaging of the organic products of Sikkim which will help Sikkim carve its niche in domestic market.

The Chief Minister also emphasized during the meeting that they can also concentrate on taping the Eastern Asian market and produce goods which are in demand in the countries.

Other area of focus where CII could assist state government was to promote home stay by working together in tandem with state Tourism department.

The CII delegation also discussed in detail about their involvement in honing the skills of Sikkimese youth while making them more skilled and ready for the job opportunities outside the state.

They also offered to provide their assistance in capacity building of farmers and growers of Sikkim by setting up common facility centres for processing their organic products and also help them to market their produce.

ALSO READ:NRC will cover everybody across India, irrespective of religion; different from CAB: Amit Shah

The Chief Minister asked CII delegation to come forward with concrete proposal for establishing food processing units in Sikkim, for promoting Sikkim in international tourism market, and in skill development, while assuring that state government will extend all possible help and cooperation to CII.