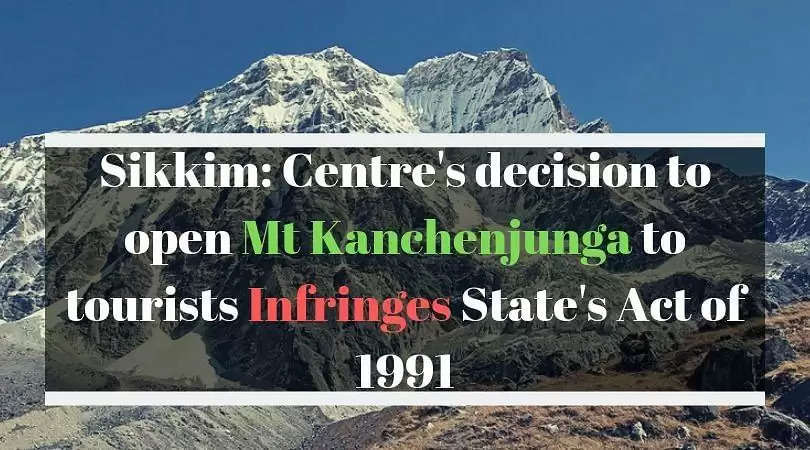 Under the Chairmanship of the Chief Minister PS Golay a meeting was held at Tashiling Secretariat with the Minister for Ecclesiastical Department, the Chief Secretary, the Home Secretary and Tourism, Secretary on 26.

The Chief Secretary apprised the CM about the action taken by him pertaining to opening of the Mountain Peaks for mountaineering and trekking.

He informed that the letter has already been issued to the Home Secretary, Government of India to withdraw the decision of opening of 24 numbers of peaks permitted for mountaineering/ tracking which is of grave concern to the Government and the people of Sikkim.

The  Chief Minister spoke to the authorities of the Ministry of Home Affairs about the issue which is being resolved by the Ministry.

The CM has also written a letter to the Home Minister, Government of India to immediately de-list the 14 sacred peaks, which are already notified by the State Government as such. The HCM along with the  Minister for Ecclesiastical may call on the Union Home Minister for following up on the issue.