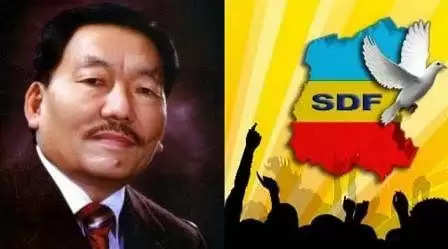 A bunch of senior leaders from different political parties along with their several supporters joined the ruling Sikkim Democratic Front (SDF) party on Wednesday.

Chief Minister Pawan Chamling formally welcomed them into the party and inducted them as members of the SDF during a public meeting at Jorethang playground.

Addressing the gathering, the Chief Minister said all the new members have joined the SDF party without any condition.