Meet Sonam Barphungpa, a young model, and actor from Sikkim 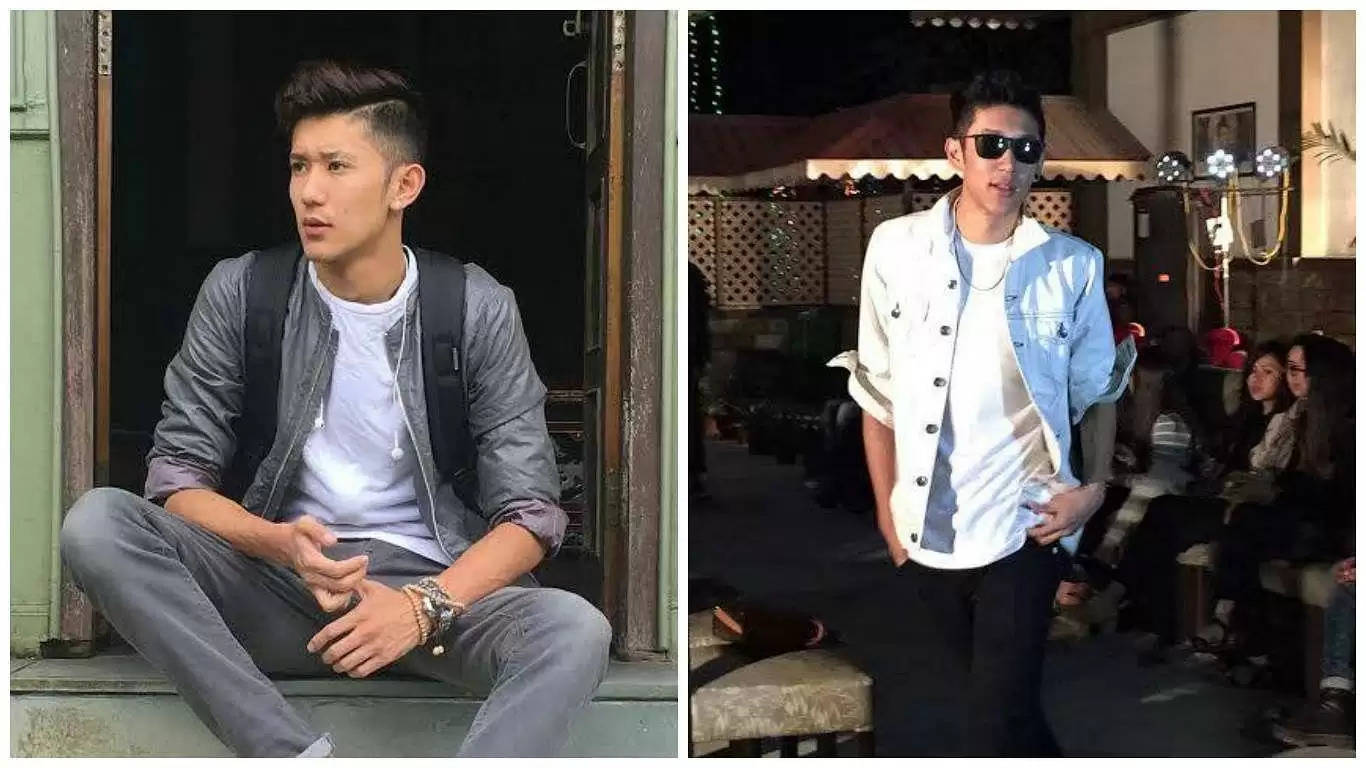 Currently, he is pursuing his acting and is much involved with various modelling projects and films.

Sonam was passionate about fashion and modelling since his early age of teens. Fashion is something that really makes him go gaga over and makes him live his life fashionably.

"Fashion is not just about looks to me but its about how you feel, it's a feel-good-factor, I feel really good when I look good,enthusiast ," said Sonam while interacting with Yougan Tamang of TNT- The Northeast Today.

Apart from modelling and walking on the different ramps of various fashion events of the country and abroad, Sonam is a young lad who is passionately living his life not just as a model but also an enthusiast, and exploring various aspects of fashion and industry. Sonam is also an aspiring actor, he has acted in various music videos and his debut Nepali movie "Kahi Katai" is releasing shortly.

Yougan Tamang of TNT-The Northeast Today, interacted with Sonam Barphungpa and tried to delve into his journey so far, achievements and future aspirations.

TNT: Let's start from defining yourself, Who is Sonam Barphungpa?

SB: Defining self is really tough (laughs) but since you need it, let me say Sonam Barphungpa is a 'go-getter,' focused, diligent, out-going, a passionate human and an artist by heart. I am someone who I feel would be really easy to connect to; but I am also Mr. misunderstood, people have preconceived notions towards my personality, some feel I am egoistic and arrogant (insert stupid smiley) but I tell you I am completely antagonistic to what some perceive me as. Life is an art for me, and I relate art to every aspect of life.

TNT: Modelling and Acting are tough avenues to explore for many young people of the tiny Himalayan State of Sikkim, but you are into both, so what motivated and inspired you?

SB: Like I told you, I love fashion, so closest to fashion is modelling, so my love and passion towards the same urged me to explore more into the fashion world and I couldn't stop myself from exploring and delving into it. For me, I won't say it is easy or tough because I am comfortable in this field. Speaking of acting, it is fun for me because its spontaneous, the field is such that you get to meet and interact with different kinds of people, and that's something which I enjoy the most. It may tough as you said but I am just taking the risk.

TNT: Tell me about your achievements and accolades?

SB: Ah, I have participated in various fashion events and contests, to name few are Mega Mister Northeast 2013 held at Guwahati and Mr. Vibes Sikkim 2015-16 where I won the title of First Runners Up of Mega Mister Northeast 2013 and also conferred with the title of Best Personality. I also won the winner title of Mr. Vibes Sikkim 2015-16 respectively. Featured in various leading magazines of Sikkim and dailies and modelled for many clothing line are also to my credits. My debut Nepali movie 'Kahi Katai' is also on the line.

TNT:  Please enlighten us how "Kahi Katai'' happened to you?

SB: I would give my credit to social media (laughs) because fortunately, my pictures of various brand shoots were available online, and the producer of the movie Uma Giri spotted me and communicated with me. I sat for an audition where almost many aspiring actors of Sikkim and Nepal had participated but fortunately, I made it and the rest is history (smiles). I feel I am a blessed lad.

TNT: Modelling and Acting would be a career for you or just a passion?

SB: So far, modelling and acting have been kind to me and it is my passion, so if it works well for me in days to come I would surely like to take it up as a career and live with it.

TNT: Sikkim has many limitations when it comes to fashion and film making/acting, what would you want Government to do, so that young people can make up a career in fashion and acting?

SB: Sikkim may have limitations, but I feel gradually Government is working on it. The state of Sikkim already has a branch of National School of Drama and the Government also had made announcements to provide much financial support if the young people from Sikkim get into film making. I am very definite that the Government of Sikkim will come up with more plans and policies to help young people to explore these avenues. I am positive.
According to me, infrastructure wise we may have limitations but dreams and passion should be limitless, thus if one believes firmly in passion, dreams, and aspirations and work on it, limitations cannot limit anyone.

TNT:  Who would you pour your credits for what you are today?

SB: I would like to give all my credits to my mom and siblings for all the moral support. It is my mom who supported me through all my thicks and thins. I am also grateful to many people and to name them here would not be possible but I am really thankful to many souls who have inspired me to be me and help me grow as a person.

TNT: Your message to the young people and especially to ones who want to explore modelling and acting?

SB: Don't stop believing in yourself, perseverance and consistency are the two important keys to achieve whatever you want in life, be it modelling, acting or anything. Lastly, do what you love, because when you do what you love, success will not only be yours but you will rule your life with happiness.

Thank You, Sonam Barphungpa for talking to TNT- The Northeast Today. We would like to convey our cordial wishes to you and much success in all your future endeavors. Good Luck!!

The writer can be reached at yougain87@gmail.com