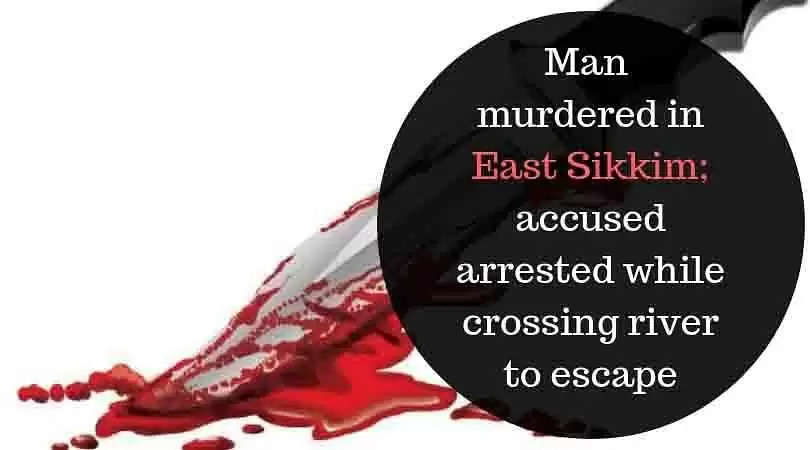 Singtam police has arrested a man from Nepal for murdering a man at Sirwani in East Sikkim.

The incident occurred at around 8pm on October 19.

According to the police, the accused Sagar Subba was arrested later in the night while he was trying to cross the river near Sirwani.

"There was a scuffle between deceased and the victim on some issues. The accused attacked the victim with Khukuri which led in profuse bleeding and death of Saran Subba", police said.

The accused was under the influence of alcohol.

A case under section 302 has been registered at Singtam police station.

Sagar Subba had come to Sikkim a month back and was working as a domestic help in a house at Sirwani.