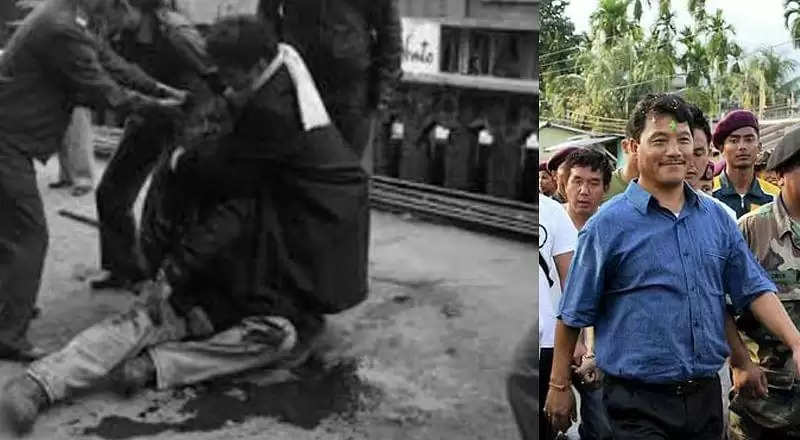 In connection with the Madan Tamang murder case, the Central Bureau of Investigation (CBI) today sought an arrest warrant against the Gorkha Janmukti Morcha (GJM) president Bimal Gurung, his wife Asha and 20 others

The CBI counsel prayed before the chief judge of City Sessions Court Kundan Kumar Kumai that the arrest warrant be issued against the 22 accused, who were absent at the hearing in the case.

Out of the 48 accused in the case against whom CBI has prayed for framing of charges for the murder of All India Gorkha League leader Madan Tamang in the heart of Darjeeling in 2011, 26 accused were present.

The Calcutta High Court had on July 19 directed that all the accused, against whom CBI has sought framing of charges in the case, to be present before the court of the chief judge of City Sessions Court, which had fixed today for commencement of hearing.

A division bench presided by acting Chief Justice Nishita Mhatre had directed the trial court to hold day-to-day hearing and conclude proceedings for framing of charges by August 17.

Apart from Bimal Gurung, senior GJM leaders Asha Gurung, Roshan Giri, Binay Tamang and Devendra Sharma were among those who were absent.

All the accused, who were absent in the court, made written prayers before the court seeking to be represented by their lawyers.

CBI counsel Arun Bhagat opposed the prayers, submitting that the high court has expressly ordered their presence before the trial court for the hearing and prayed for arrest warrants to be issued against them for being absent.

The judge adjourned order in the matter, which is likely to be pronounced later in the day.