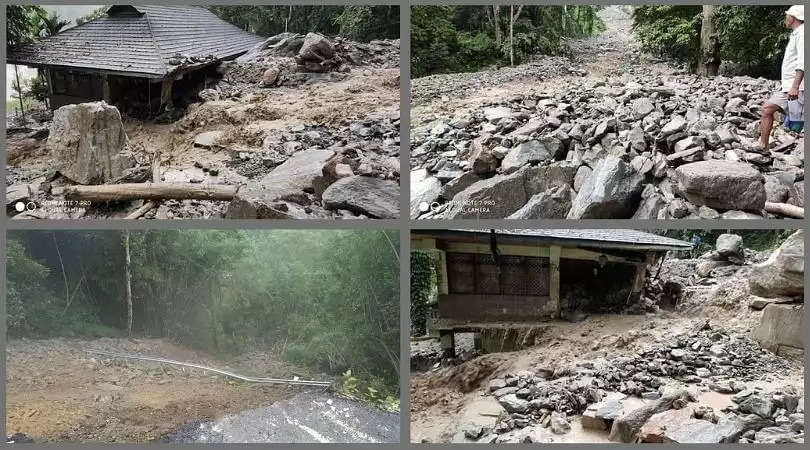 Incessant rain in Sikkim for the past few days has triggered major landslides in various parts of the Himalayan state.

With roads being the only viable mode of transportation, many villages are at risk of being cut off from the rest of the state.

According to latest reports, Singtam to Sirwani road in East Sikkim is blocked at Sirwani Sliding area due to a major landslide.

Other landslides have been reported in many areas of East Sikkim blocking the Rhenock to Aritar road at Tirteray Dhara and the Rorathang to Rongli road at Lower Sudunglakha.

In Sikkim's remote North District, the Mangan to Gangtok state highway via Rakdung-Tintek road has been cleared only for light vehicles as the debris is yet to be fully cleared after a fresh landslide.

Another state highway – Jorethang to Melli road is blocked at Charcharey, near Rolu while the Hingdam to Legship road has been cleared for only light vehicles. The Kewzing to Shakbari road is also blocked at Timgmoo.

The situation is similar in West Sikkim with Reshi to Nayabazar road being blocked at Kaijaley and Nagdhara.