CAB row: What about Sikkim? CM rushes to New Delhi 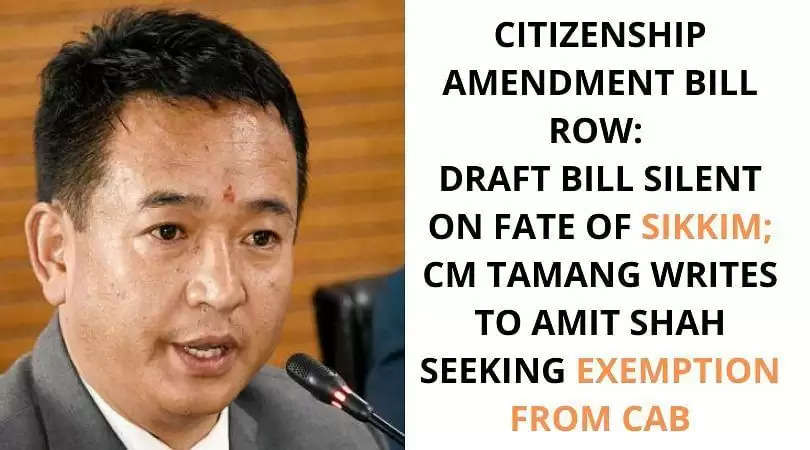 After a draft of the Citizenship Amendment Bill, which will be placed before the Parliament next week, made no specific mention about Sikkim, Sikkimese woke up from their slumber with their chief minister, PS Tamang rushing to New Delhi to seek clarification on the bill from the home ministry.

It may be mentioned that over the past few weeks, the entire Northeast has witnessed public meetings, rallies and protests being held against the citizenship amendment bill in their respective state capitals with little or no participation in Sikkim.

A day after the union cabinet cleared the controversial bill, a section of the media got hold of the draft bill and it reads, "Nothing in this section shall apply to tribal areas of Assam, Meghalaya, Mizoram and Tripura as included in the Sixth Schedule of the Constitution and the area covered under 'The Inner Line' notified under the Bengal Eastern Frontier Regulation, 1873." Mizoram falls under the ILP.

However, the draft is silent about the fate of Sikkim. The non-tribal areas of Assam, Meghalaya and Tripura will fall within the ambit of the Bill.

To address confusion among the people, Sikkim Chief Minister P.S Tamang has written a letter to the Union Home Minister, Amit Shah requesting him to exempt Sikkim from Citizen Amendment Bill (CAB) and National Register of Citizens (NRC).

In his letter, Tamang impressed upon the Union Home Minister that the Union Government has proposed to grant citizen certificate to its own fraternity. Nonetheless, there are apprehension and confusion in the state of Sikkim regarding CAB & NRC.

The Chief Minister also brought to the notice of the Union Home Minister Amit Shah that around 75,000 left out from Sikkim at the time of the merger in Union of India has already been granted Indian citizenship way back on the year 1989-90.

"Therefore, both the Citizen Amendment Bill (CAB) and the National Register of Citizens (NRC) be exempted from the purview of its implementation in the state of Sikkim," he wrote in his letter.