36% fall in militancy in Northeastern states after 20 years; reveals Report 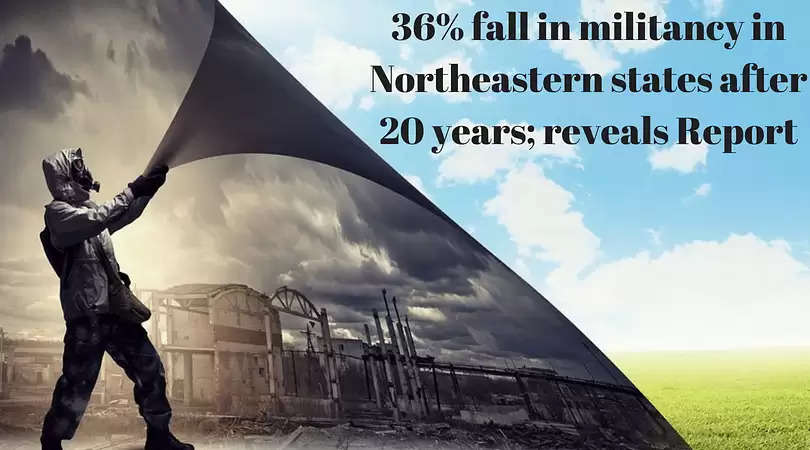 In the year 2017, insurgency-related incidents in the Northeastern state dropped by 36 per cent.This is the lowest percentage in 20 years, which is likely to provide a boost to the Centre's initiative to project the otherwise restive region as a new investment destination.

Assam, Meghalaya and Nagaland reported over 50 per cent decline in incidents but it increased by 22 per cent in Arunachal Pradesh despite the state having no local insurgent group.

The death of security forces and civilians owing to militant attacks declined during 2017 while the killing and arrest of militants in counter-insurgency operations also yielded more results compared to 2016.

Four militants were killed and 171 arrested while 87 weapons were recovered in the state in 2017.

The report said Assam had witnessed "substantial improvement" in the security situation as most of the outfits continue to be in ceasefire.

The state reported 56 per cent decline in insurgency-related incidents from 75 in 2016 to 33 in 2017. Ulfa (Independent) and NDFB (Songbijit), however, remained active in the state.

Arunachal Pradesh continued to be a worry although it has no insurgent group of its own. "The state is affected by spillover militant activities of NSCN factions, Ulfa (I), NDFB (S) which use the state as a transit corridor to reach their hideouts in Myanmar. The state witnessed 61 incidents in 2017, in which nine insurgents were killed and 44 other arrested. The state reported 27 extortion and abduction cases," the report said.

The findings come at a time when the Center is projecting the Northeast as the new investment destination for Southeast Asian countries.