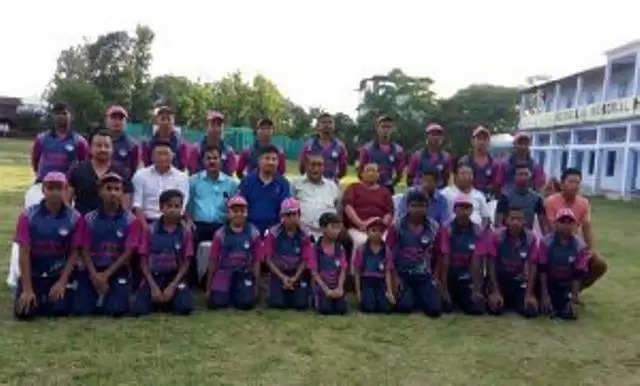 Dimapur July 3:  Giving a fillip to the game of cricket,a coaching centre has been inaugurated in Dimapur.

The opening of the coaching centre is a significant event in Nagaland and one which will be exciting and fruitful, said Abu Metha during the inauguration.

Recalling his first time witnessing young Zhimomi confidently playing cricket in Nagaland on a poor pitch, Mehta called him a 'live wire' on the pitch. Abu Metha conveyed discontentment to see talented players not getting platform beyond the state. Yet, he said, even with poor conditions, Zhimomi created a benchmark for people and whatever he achieved was all because of his hard work and love for the game, Mehta said.

Maintaining cricket as a multimillion dollar industry that provides employment, the NCA general secretary said India as a leader in cricket, he called Nagaland a participating and 'contributing state' to the game. The cricket coaching centre will groom young talents. The NCA will extend all possible assistance to the centre, Mehta said in assurance.

Also, Mehta appealed to parents to step forward and support their children's passion for the game. He reminded them that education includes all curricular activities and not confided to books alone. "Sport is mainstream which provides career and employment and Nagaland should be known for the right reason and not for guns alone with India recognising Nagaland as participating and contributing state," Mehta said.

Asserting that in sport, a person writes their own destiny through hard work, he called upon parents and policy makers to support the game. The coaching centre has received 25 students between the ages seven and 19 years. The centre is open for students of up to the age of 23 years. The centre will coach for three days in a week i.e., Friday, Saturday and Sunday from 2.30 pm onwards.

Hokaito Zhimomi is the only cricketer from the northeast region to be a part of an Indian Premier League team, the Kolkata Knight Riders. He played in the Ranji Trophy representing Assam and is currently playing for the Assam Cricket team.