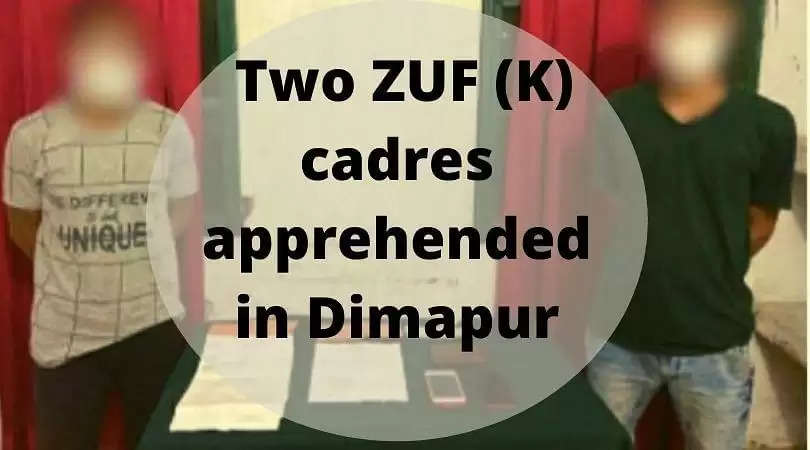 The troops of Assam Rifles apprehended two active cadres of ZUF (K) near Burma Camp in Dimapur District of Nagaland on June 25.

Based on specific inputs, the troops launched an operation and apprehended the cadres belonging to the proscribed group from the area.

The team also recovered a rubber stamp and extortion slips.

The apprehended individuals along with recovered items have been handed over to East Police Station for further investigations, said officials.