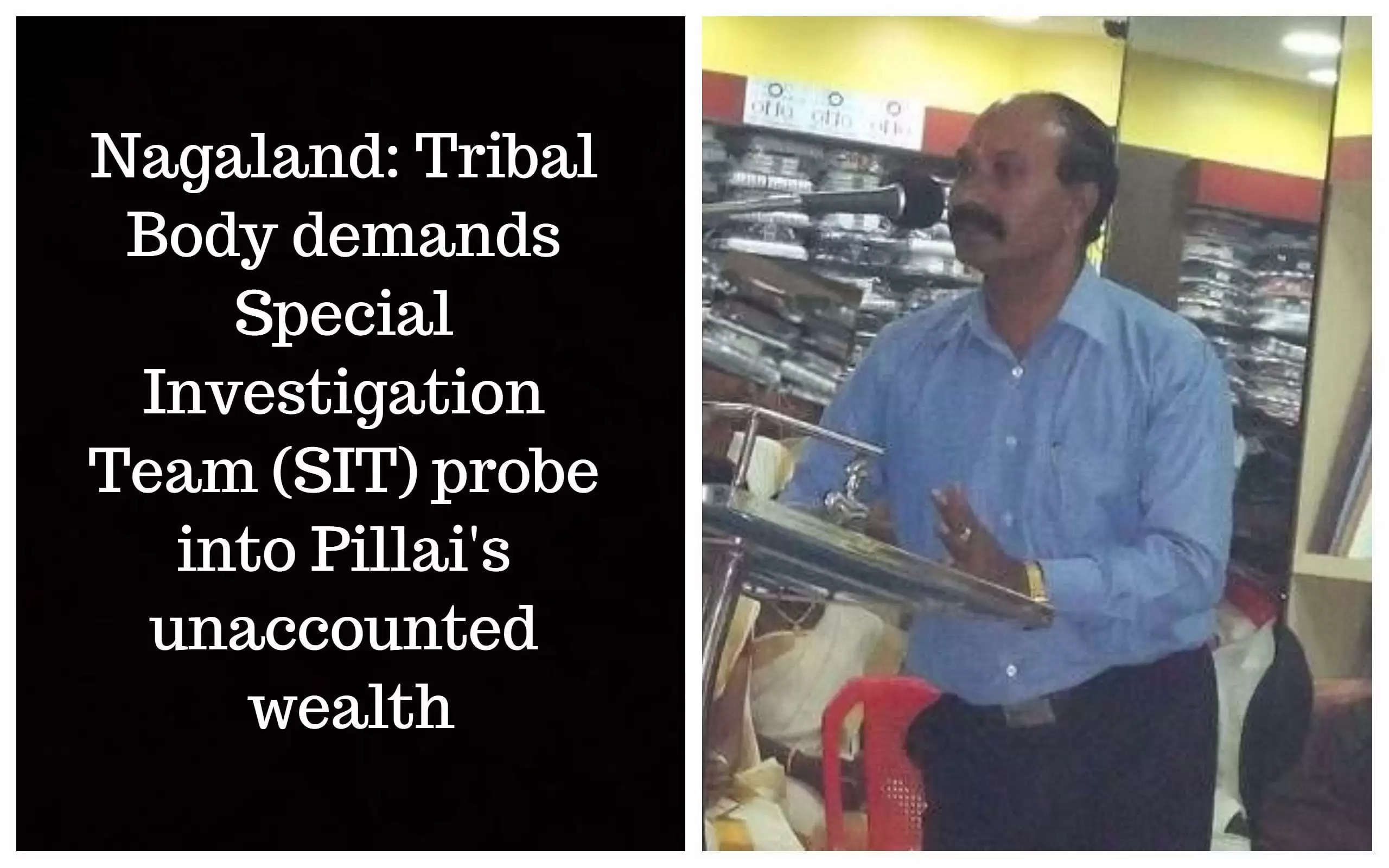 "We appealed to the state government to take appropriate steps to ensure that all the 'illegitimate' activities of Pillai allegedly carried out during both his active career and as consultant to the Police Department are fully exposed. He is to be brought to justice for his actions," said Naga Hoho President Chuba Ozukum.

He said the investigation will act as a deterrent in future to those who may try and misuse their position for their own personal gain and benefit.

"In this regard, the Naga Hoho fervently appeals to the state government to set up a neutral high-level SIT to thoroughly investigate into various allegations against Pillai even without the help of CBI so as to deliver justice to the people," Ozukum said.

"If Nagaland is even to have any hope for a better tomorrow, what we need is for the state government to ensure that the trial for Pillai's corruption which leads to our own backyard is investigated in its entirety and tackled without any compromise whatsoever," he added.

IT sleuths in Kerala's Kochi have unearthed unaccounted money worth Rs 400 crore from the Sreevalasam Group firm owned by Pillai, who was working as a consultant for the Nagaland Police's motor transport wing after his retirement.

A President's Police Medal winner, Pillai, who retired as the Additional Superintendent of Police in 2010, came under the IT scanner post demonetisation.

Okuzum said the case was a "wake-up call" for the state government to discipline government servants, be it Nagas or outsiders, as the "picture that is emerging is one of a totally unrestrained scam of enormous magnitude stretching across the last decade or so".

"All the ingredients are there among others, abuse of official position; misappropriation of government funds; misuse of government property; money laundering; and benami transactions," he added.

Chief Minister Sharhozelie Liezietsu has said that his government would not defend Pillai over alleged unaccounted wealth.