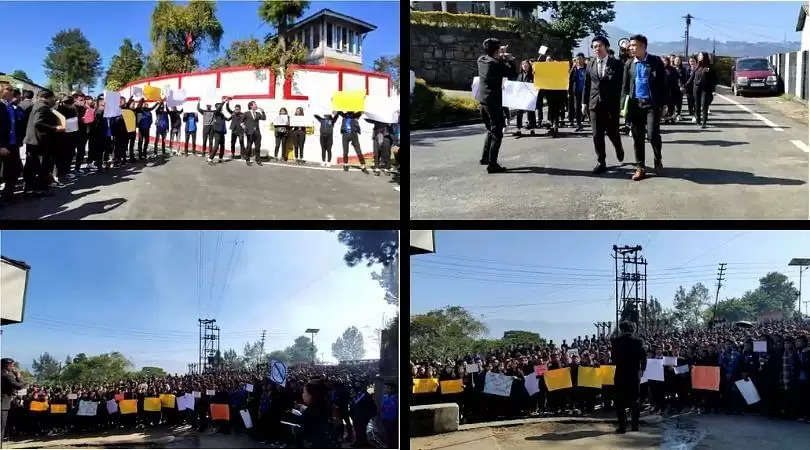 The students of various universities and colleges in the state of Nagaland joined the rest of the Northeastern States to observe the total shutdown called by the Northeastern Universities Student's Fraternity on Wednesday in protest against the Citizenship Amendment Act, 2019.

Nagaland University, Lumami observed the total shutdown by placing placards in the university campus. Meanwhile, the students of St.Joseph College, Jakhama took to the streets of Kohima opposing the Act holding placards and shouting slogans while marching towards Raj Bhavan.

Chumtiba Sangtam, President St.Joseph College (Autonomous) Jakhama, speaking at the short program held outside Raj Bhavan, stated that the protest all over the country is a sign that people are against this very act.