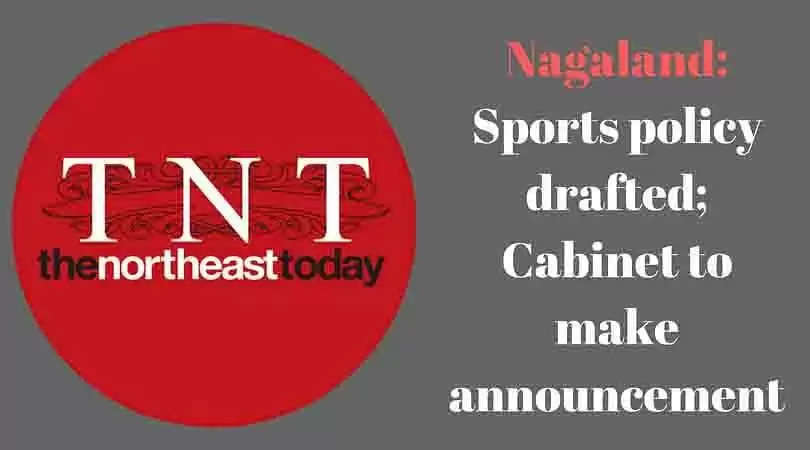 KOHIMA, June 16, 2018: In the "Youth Affairs & Sports" section of the PDA government's assurances, "the Cabinet decided that a new Nagaland State Sports Policy will be announced within 100 days."

June 16 marks the completion of the deadline.

If word from the Department in concern is anything to go by, the drafting of the 'Sports Policy' is complete, only awaiting review and approval of the government.

The Commissioner & Secretary Youth Resources & Sports, Anenla S. Longchari when contacted by The Morung Express informed that the Drafting Committee as directed by the government has prepared the draft. Longchari said that it will be examined by a Review Committee, which is already constituted, and further forwarded to the Finance and P&AR departments before it reaches the Cabinet.

Asked when it will likely get announced publicly, she responded, "Procedure has to take its course. It is in process. The file is on the move," while adding, "I cannot talk for the other departments or when the Cabinet will sit over it."

She added that two drafts were prepared, both of which will be examined – "assemble or do what's best" by the Review Committee. The Drafting Committee, she informed also had members of the Nagaland Olympic Association and all other stakeholders.

Youth Resources & Sports Advisor, Zale Neikha described the status of the promised 'Sports Policy' as "almost done and it won't take a month before it gets announced."

Queried on its contents, he replied, "There are many things incorporated in the Policy (draft), which will benefit sportspersons and sports in Nagaland."

On the likely financial costs, he said, "I cannot say how much will be required. The Review Committee will review the drafts and only then can we get an idea of the financial implications."

The NDPP Election Manifesto, among others, had talked of establishing an exclusive Police Sports Battalion, a full-fledged Sports Academy in addition to the Dr. T. Ao Regional Sports Academy, Sports Scholarship Scheme, artificial football turfs and floodlit stadiums and pursuing the establishment of a Sports University.

According to Neikha, the Police Sports Battalion and Sports Scholarship have not been incorporated in the draft. He though added that the Review Committee will discuss it and other issues either to be incorporated or not.

"If we are to pursue it, we have to get financial sanction from the Central government," he said of the Sports University.

While the promises remain, the reaction of the state sports community has been one of hope as well as apprehension. A state sports coach commented, "It looks very promising and holds great potential. I only hope that the Policy, whatever it seeks to address, gets implemented on the ground. At the same time, the existing sports academies in the state should not be neglected."

According to the coach, many governments have come, made big promises and gone. "Let's see how it turns out this time."

Reacting to the recent act of the Youth Resources & Sports Advisor distributing satellite TVs and projectors to villages, he wished for the department replicating the generosity in the almost rundown sports academies too.