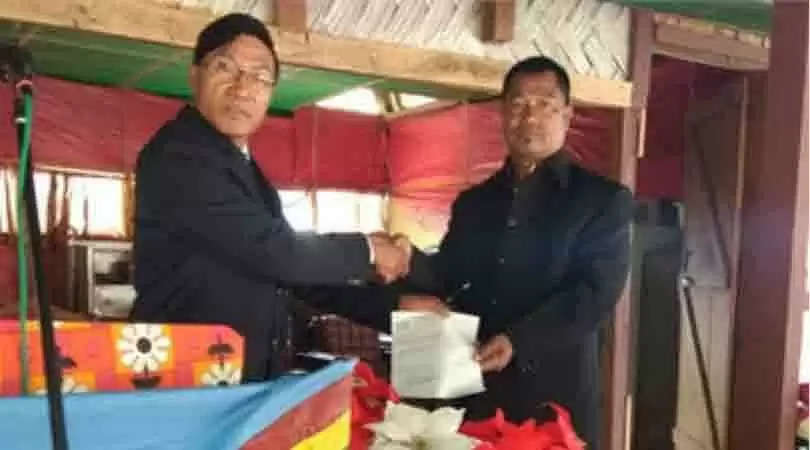 NSCN (R) through its MIP said 'Brig.' Wanglon was chosen by the House to fill the vacant position of 'Army Chief (Naga Army)" after recognizing his service seniority, loyalty, sincerity and integrity towards the nation.

Speaking at the dedication programme, NSCN(R) president, Y Wangtin Naga said the position of 'Army chief' was "too high" and it required "man of integrity and reliable who loves the nation more than his own self."Wangtin also expressed regret over the two former chiefs, who he said had "failed themselves to maintain the highest position of Army chief and ultimately put themselves to the doom."

Wangtin has, therefore, advised the 'new Army Chief' to maintain his position with "holistic integrity and selfless services for the nation and its people."

The programme was attended by representatives of NGOs including KU, KNSK, KSU and church leaders.