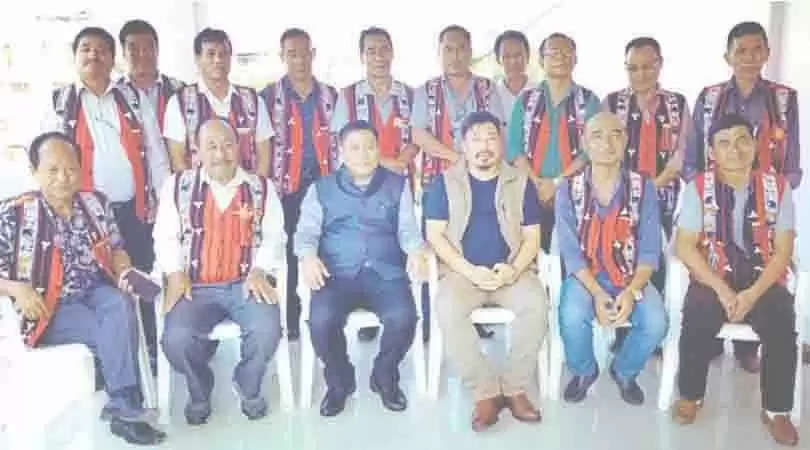 According to a statement issued by NSCN (I-M)'s MIP, both Ao Senden and NSCN (I-M) leaders deliberated thoroughly about the ongoing Indo-Naga peace talks.

The discourse was harmonious due to free exchange of ideas and views between the two sides, MIP stated.

MIP said the Ao Senden leaders conveyed that they were with NSCN (I-M) and hoped for an early resolution to the Indo-Naga conflict.

Hukavi Yepthomi elaborated on how the Indian government recognised the unique history and situation of Nagas and signed the historic Framework Agreement with GoI, MIP said.

On the other hand, Anthony Shimray appreciated the Senden for its practical wisdom to build a stronger Naga nation.

Hoping that such a bonding would bring forth an "unconditional love and understanding" among all Naga brethrens, NSCN (I-M) said it expected the same commitment and dedication from Naga civil bodies until the final solution was arrived at.