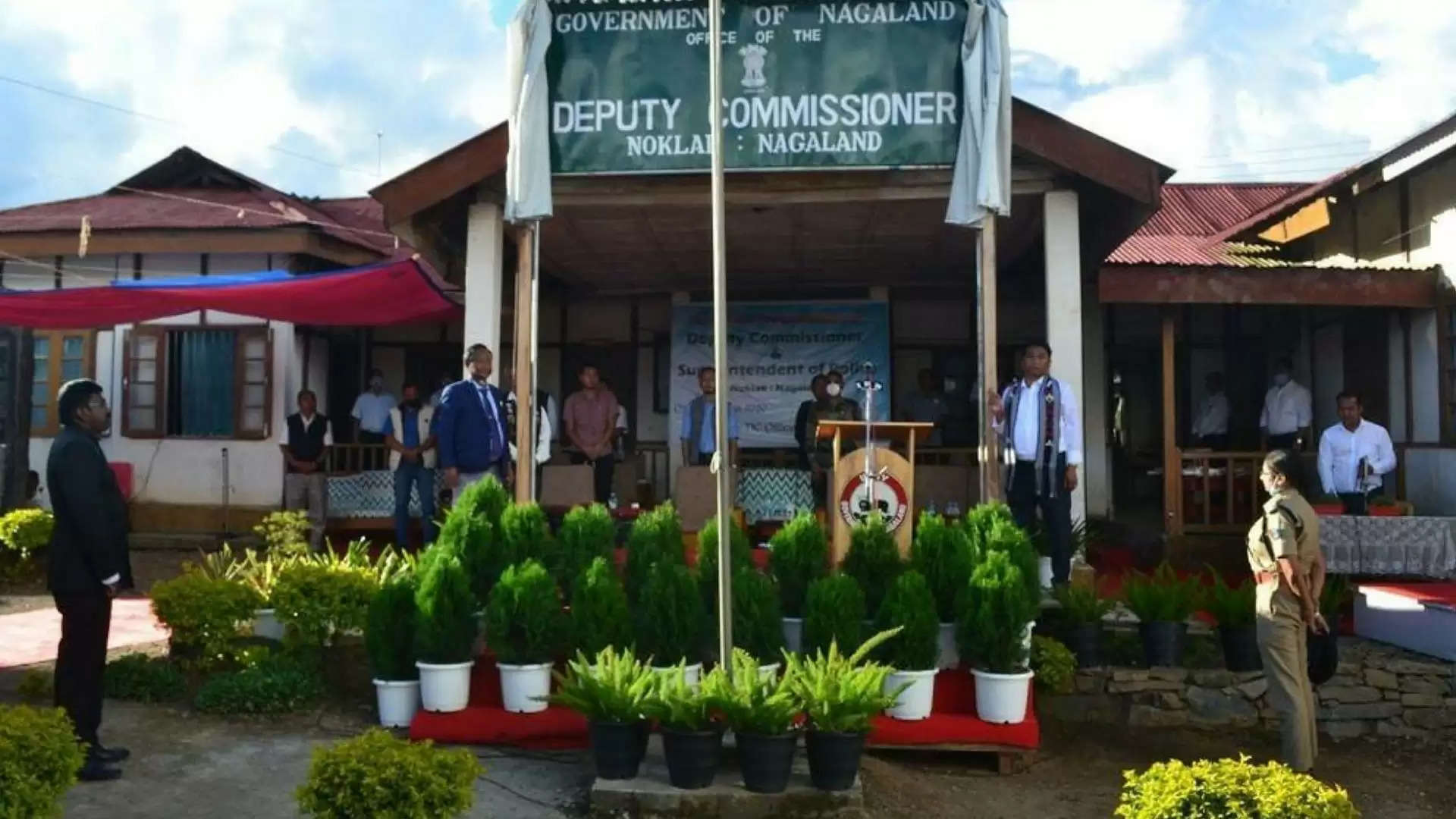 With the creation of Noklak, the 12th district of Nagaland, reception programme of the First Deputy Commissioner (DC) and Superintendent of Police (SP) of Noklak was held on August 6 at the DC Office Complex, Noklak.

The new Deputy Commissioner of Noklak is Reny Wilfred and Dr.Pritpal Kaur Batra as its
Superintendent of Police.

The advisor also stated, "Though we are still lacking behind in every sphere, I urge upon the people to be law-abiding citizens and give continuous support to the district administrators and Police in order to move forward."

Advisor, Prisons and Printing & Stationery, H.Haiying, in his speech said, '6th August will be a historic day for the people of Noklak'.

The Advisor stated that today, the newly assigned DC & SP are taking their respective charges and responsibilities.

While welcoming and appreciating the first DC & SP, Haiying said, 'You are the captain of the new district but it will be an extremely challenging task for both of you.'

The first Deputy Commissioner of Noklak Reny Wilfred, in his speech, said, 'We do not know where our future is going to take us but I hope it will go in a positive direction with God's blessing and by your support."

The first superintendent of Police of Noklak, Dr. Pritpal Kaur Batra, in her speech, hoped to bring about positive changes in this newly created Noklak district.

SP said, 'I will never say Khianmiungans are backward; maybe there is no infrastructure but the people are very talented and hardworking and if we work together then changes will come.'