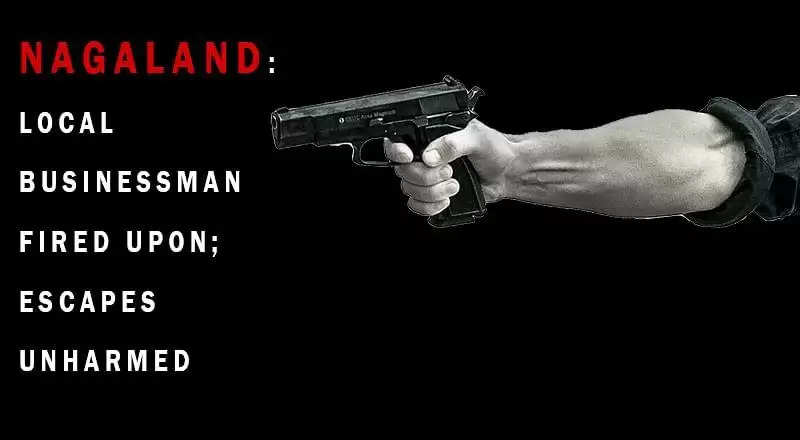 KOHIMA, Sept 19, 2017: A local businessman of Dimapur on Monday suffered attack from unidentified armed miscreants following his refusal to comply with their demands.

The businessman, a proprietor of Kuda Cold Storage, L. Doulo was fired upon by five miscreants who came to the office located at 5th mile Model Village and served 'taxation slip'.

According to PRO Dimapur police, citing FIR filed by the victim, when their demand was not met, the armed miscreants reportedly fired upon the proprietor.

He however escaped unhurt. The miscreants then tried to fire for the second time, but the gun jammed following which they fled from the scene, PRO said.