“Nagaland Governor is not a schoolboy,” NPF tells NDPP-led Government 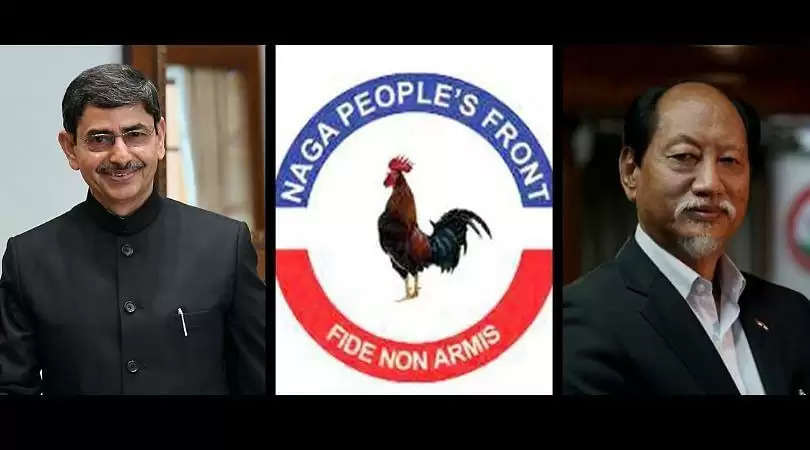 The Naga People's Front (NPF) has fired a salvo at the Nationalist Democratic Progressive Party (NDPP)-led government in Nagaland, over its counter-remark to the statement issued by the Governor RN Ravi, on the law and order situation in the state.

"The unsavoury response of the State Government to the letter penned by the Nagaland Governor, R.N. Ravi to Chief Minister, Neiphiu Rio on June 16, 2020 is nothing but an assorted collection of distorted facts and figures to deceive the Governor and the Naga people at large," said NPF Legislature Party, in a statement issued here on Saturday.

They stated that the written observation of the Governor who had disclosed the precarious law and order situation prevailing in the State during the past one year, cannot be merely dubbed as a study that does not appear to be factual.

"RN Ravi is not a schoolboy to not understand the basic parameters of identifying law and order situation in the State," the NPF said.
The opposition party stated that RN Ravi is a 1976-batch Indian Police Service (IPS) officer. He is also a former Deputy National Security Advisor who had served the nation in various capacities.

"Terming the findings of a man of such calibre by the State Government as one that 'does not appear to be factual' and further humiliating him in public domain by exposing the same in the state, regional and national media is most disappointing. This is a display of political shrewdness of the cheapest standard," added the NPF.

Agreeing with the observations made by the Governor the NPF said, "There is a steady down-slide in all parameters of development in Nagaland under the present day government due to the siphoning of a huge amount of government funds meant for road connectivity, healthcare, education and other infrastructure building, and the funds are being diverted to various non-functional projects instead."

The NPF has stated that the present day government has failed on political and economic fronts alike.

"Several problems in the State have emerged because the instruments of law and order remain totally unresponsive as was disclosed by the Governor himself in his letter to the Chief Minister. Healthcare and education have hit rock bottom while the outbreak of COVID-19 pandemic has made matters worse," the NPF statement added.