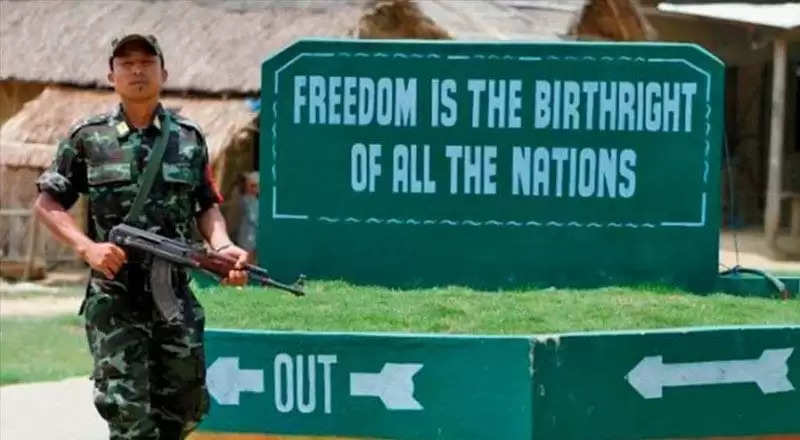 Kohima September 6,2017: The troops of Assam Rifles has busted an illegal extortion racket of the NSCN-R outfit of Nagaland and apprehended two of its cadre recently.

According to a statement issued by the PRO of the Inspector General of Assam Rifles (North) today informed that the 3 Assam Rifles under the aegis of HQ IGAR (North) carried out a operation in general area BOC, Kohima on 31st August last and apprehended two illegal extortionist of NSCN (Reformation) near Teen patti to unearth the module of illegal extortion from local shopkeepers, taxi drivers and trade unions.

The two illegal extortionist, who were identified as one Self Style Captain, a resident of Viyixe village under Zunheboto district and a Civil wing worker, a resident of Nihoto village under Dimapur district. Both apprehended cadres along with the recovered extortion notes were handed over to the South Police Station of Kohima, it said.