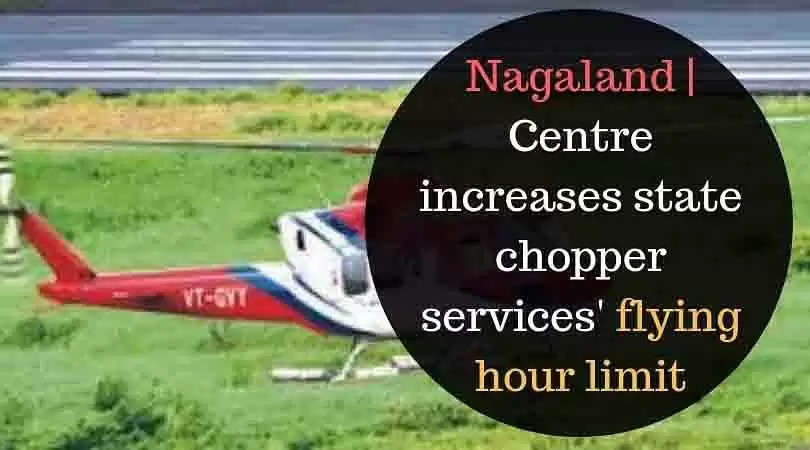 In a statement issued by the Nagaland State Transport department informed that with the increase of flying hours, the Government of Nagaland can now induct one more helicopter to the existing service to ferry 'passengers and patients at subsidised fare, including the far-flung and remote areas, affordable by the common men.

It informed that the state helicopter service is operated under the subsidy scheme of Union Ministry of Home Affairs with 75 per cent of the cost borne by the Centre and the rest 25 per cent by the Nagaland Government.

While announcing the news, the department also mentioned that the persistent and untiring efforts of Chief Minister Neiphiu Rio and P Paiwang Konyak, Nagaland Minister of Transport and Land Resources, have paid rich dividend in getting the nod from the Union Ministry of Home Affairs.