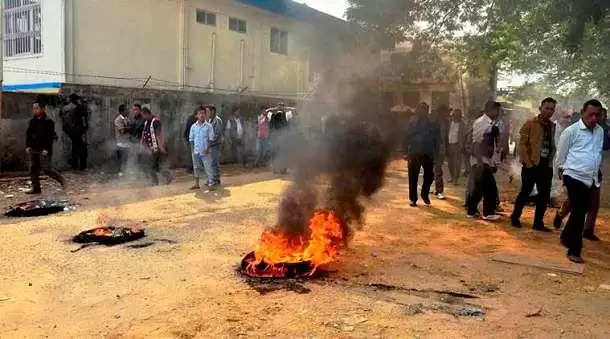 Paramilitary forces, invitees to weddings on the production of invitation cards, funerals, press, medical (ambulance and private vehicles carrying patients), postal services and fire and emergency services will be exempted from the purview of the bandh.

Nagaland has witnessed large scale burning of government buildings recently. Nagaland is on the boil as tribal bodies are opposing 33 percent reservation for women in the urban local bodies (ULBs).

On January 31 there were clashes between police and groups opposing the quota in which two persons were killed. After the incident, tribal groups has started demanding the resignation of a chief minister and his cabinet ministers.

There has been series of the bandh. Since January 28, no government office was able to function. Apex tribe organisations asking their elected members to withdraw support to T.R. Zeliang.