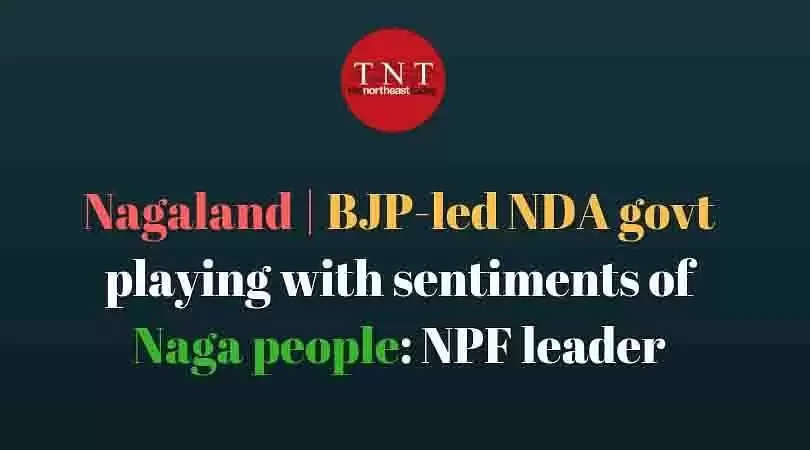 KOHIMA, January 10, 2019: Former Nagaland Assembly Speaker and senior Naga Peoples' Front (NPF) legislator Dr Chotisuh Sazo has accused the BJP-led NDA Government at the Center of playing with the sentiment of the Naga people over resolution of the Indo-Naga political issue.

According to a report on Wednesday, addressing the Thevonu Memorial Trophy Tournament at Khulazu Basa under Phek District on Tuesday, Dr.
Sazo said Naga people had desire to see the Naga political issue resolved before the general elections in the State.

Even the Naga civil societies had constituted a Core Committee to urge the Government of India to resolve the issue before the general elections.

Questions were also raised as to why the BJP-led NDA Government at the Center was remaining silent on what they had declared for resolving the Naga issue.