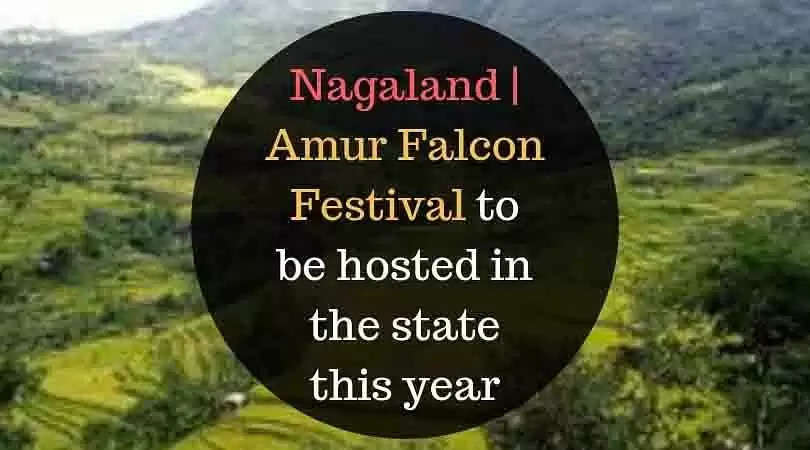 KOHIMA, October 31, 2018: Travellers are in for a massive treat as the Amur Falcon Festival is coming to Nagaland this year. The Amur Falcon Conversation Week and Festival is set to start from November 8, 2018, at Doyang, Wokha district, Nagaland.

The festival celebrates Amur Falcons that travel up to 22,000 km per year, and come from South Eastern Siberia and Northern China. It will really aim to showcase wildlife conservation, while at the same time spreading awareness regarding these creatures and the Doyang region. The Amur Falcon festival will be a three-day affair with a host of attractions for tourists and guests.

This year, the Amur Falcon Festival is coinciding with a local festival, called Tokhu Emong, which is a post-harvest festival, celebrated by Lotha Nagas.

According to the Nagaland Tourism site, it has been discovered that the Doyang region gets almost one million Amur Falcons each year, and this makes it one of the biggest congregations for these beautiful birds.
This is also the best season to indulge in outdoor activities here in this part of Nagaland; hence, the festival will open a wide range of outdoor activities for tourists.

There is a range of wildlife conservation activities such as awareness campaigns, wildlife films, nature treks, cross country race, bird-watching, and nature photography contest. Cultural events such as tug-of-war, fire-making, bamboo pole climbing, catapult shooting, and exhibition of indigenous arts and crafts are also major highlights. Then, there will also be eco-tourism activities such as rural homestays, boating, development of hiking routes and more.

Other activities include water sports such as boating, swimming, and diving. You will not be going home without some music, so you also have a music festival and amazing local food to go with it.