Nagaland: All State Services Associations threats to go for stir, demands for ROP! 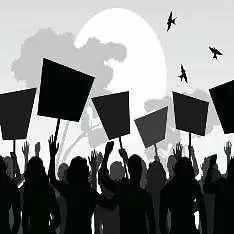 According to a statement by the President of the Confederation of All Nagaland State Services Employees' Association (CANSSEA) S Takatuba Aier, said the SSA decided to reject the decision of the State Cabinet to implement the 7th Revision of Pay (ROP) from March 1 last, which is against the genuine demand made by the SSA represented several times since 2014.

The SSA decided that unless the state government fulfills the demand within March 18 for implementation of the 7th ROP with effect from March 1, otherwise, the Associations will be compelled to go for pen or tool-down strike in the entire state with the exception to hospitals, educational institutions and emergency duties from March 20 last, it said.