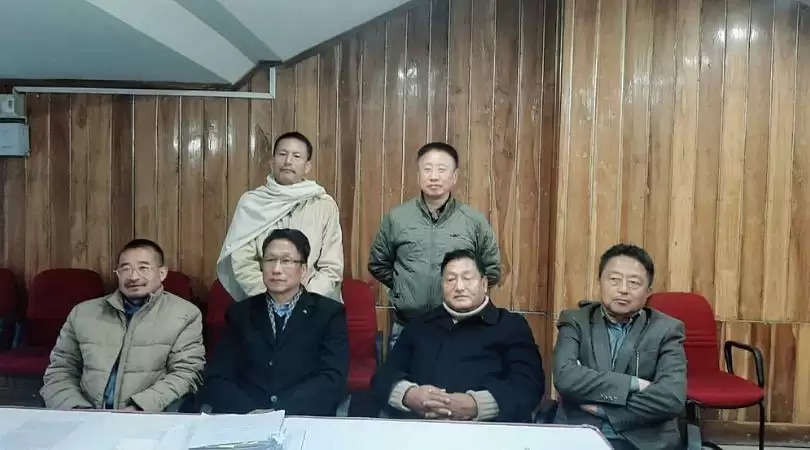 The Guahati High Court will hear the PIL filed by Chakhesang Public Organisation (CPO), a social organisation of Nagaland, claiming compensation for damage done to thousands of 'victims' during the construction of the 2-lane project under the SARDP-NE (Phase-A), on February 27.

Addressing the media today, the 2 lane Committee constituted by the CPO said that the PIL was filed on December last year to claim compensation on behalf of the people whose lands and properties were damaged while widening the roads between Longleng-Changtongya road, Mon-Tamlu-Merangkong road, Phek-Pfütseri road and Zynhevoto Chakhabama road.

Convenor of Committee, Vaprumu Demo informed that the Government of India had sanctioned 4 Projects on 2 -lane road in the year 2009-2010 on the above mentioned stretches and by the end of 2010 M/S Maytas-Gayatri(JV) was awarded the work of 2 laning for an amount of Rs.1296 crores.

By 2011 the work was started by the contractor under direct supervision of PWD (NH), Nagaland. "But the joy of people over forthcoming 2 laning roads soon turned into nightmare," said Demo.