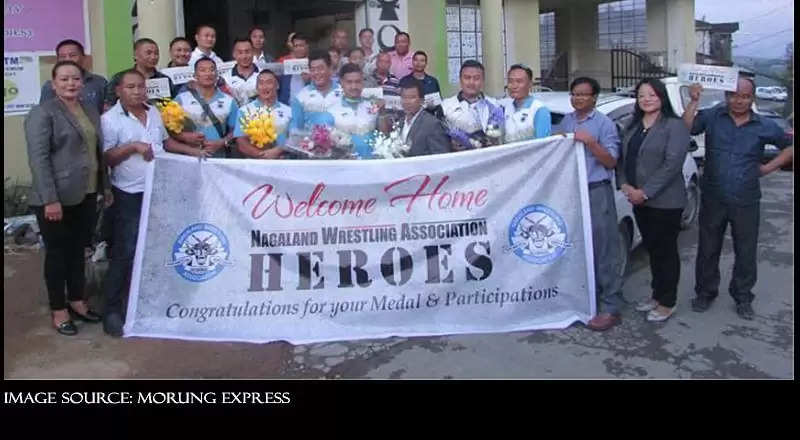 KOHIMA, Sept 27, 2017: The Six Naga wrestlers who successful participated at the 5th Asian Indoor & Martial Arts Games 2017 held at Ashgabat, Turkmenistan from September 19 to 23 last were given a warm welcome by the Nagaland Wrestling Association (NWA) on Tuesday.

While Zumu from Tuophema village won bronze medal in Kazakh Kureshi style belt wrestling under 90kg category, other wrestlers of the team reached the quarters and semi-finals bouts.

62 countries participated in the championship in which India won four medals, said Khatsu while talking to media persons last evening.

Khatsu stressed on the need to have proper wrestling academy in the state so as to enable the Naga wrestlers to compete with others in the forthcoming international wresting platform.

"We have to push our wrestlers and proper training is required to enable the Naga wrestlers to compete with full confidencem," Khatsu added.

TNT News with inputs from Morung Express and Eastern Mirror