Naga IPS officer gets notice from MHA for overstaying deputation 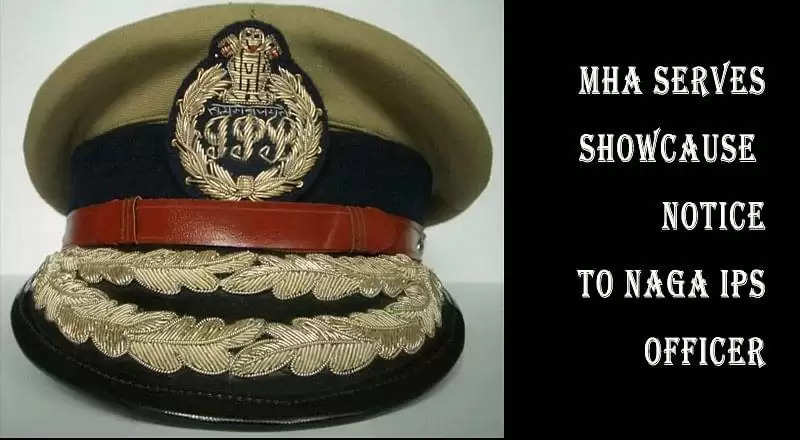 Kohima, Oct 20, 2017: The State Government is currently awaiting a reply from the Union Home Affairs Rajnath Singh on the former's request to extend the service of a Naga IPS officer in the state for another 2 years in view of the upcoming Assembly polls in Nagaland.

Earlier, the Union Government had Recently served a Showcause Notice to a Naga cop, G. Akheto Sema for overstaying in Nagaland even after expiry of approved tenure of inter-cadre deputation. At present Akheto is Additional Director General of police.

In a letter to Chief Secretary Nagaland, the Ministry of Home Affairs stated that G. Akheto Sema has overstayed in Nagaland after the expiry of the approved tenure. "The state Government of Nagaland is therefore requested to serve the memorandum to Shri. G. Akheto Sema IPS immediately with the direction to submit his explanation within seven days of receipt of the communication," the letter stated.

The notice however, did not go down very well with the state functionaries even as they maintained that Akheto's service was required in the State which is facing acute shortage of IPS officers at senior level.

According to Nagaland Page, Nagaland Home Minister Y Patton highlighted the shortage of IPS officers in a letter to Union Minister of State for Home, Kiren Rijiju, and added that Chief Minister has written to Union Home Minister for an extension for another two years for which reply is awaited.

The State Government has decided to retain the officer for some time after expiry of this tenure in anticipation of positive response to the request of Chief Minister from the Union Government.