Naga Council not to allow bandhs, strikes in Dimapur 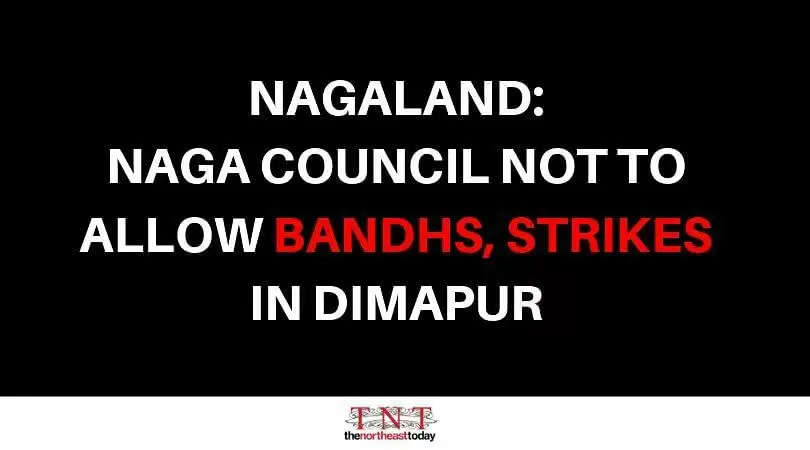 Concerned over the impacts of bandhs and strikes in Dimapur in Nagaland, the Naga Council Dimapur said that no organizations, Hohos, Unions or Associations in Dimapur will be allowed to impose any lightning bandhs or strikes.

A press release from the Council stated that the decision was a reaffirmation of the resolution taken at an earlier public meeting with its affiliated 10 tribes.

The release said arbitrary imposition of lightning bandhs and strikes have inflicted immense suffering to the general public.

It said any one found guilty of imposing such bandhs will be considered as non-cooperative and anti-social.

The release further stated that any one intending to organize democratic form of protests for any legitimate grievances must get due permission from District Administration and concerned authorities.